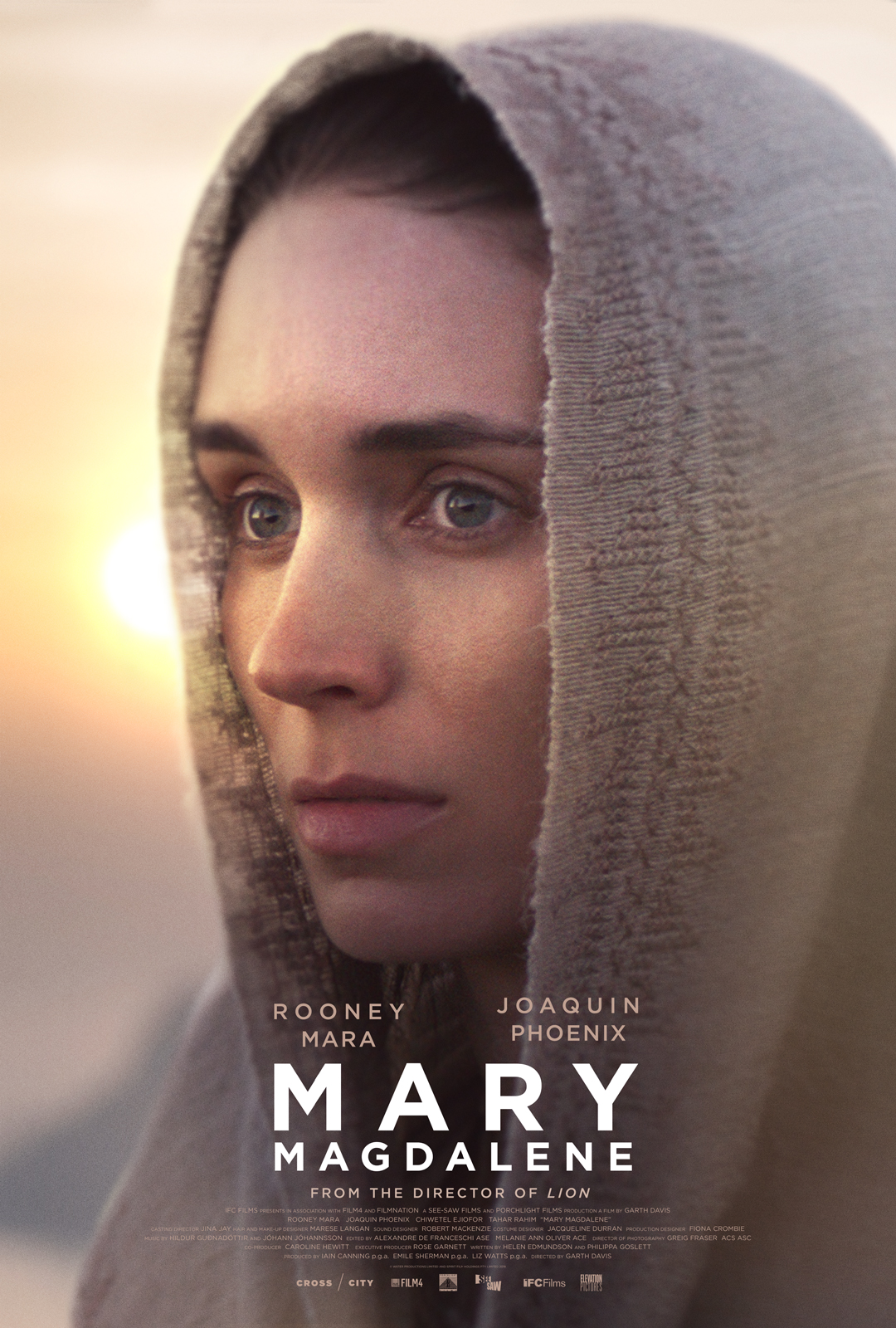 Mary Magdalene is an empty drama featuring a familiar journey that doesn't go anywhere or do anything with plenty of shallow characters. Some will find it boring but the cinematography keeps things interesting and Joaquin Phoenix is a Jesus we can all get behind.

Whether or not your are religious, everyone has heard about Jesus but what about the infamous woman whose relationship with him has been disputed for centuries? The long-delayed (at least in North America) Mary Magdalene, attempts to shed some light on that relationship, relying on fairly obvious themes involving women in male environments but quickly loses track of whatever point it was attempting to make (if it was ever trying to make one) by trying to do too many things while succeeding at very few of them.

Following Mary (Mara), the film tells the story of the pilgrimage by Jesus (Phoenix) and his apostles to Jerusalem, ending with his crucifixion. Told from her perspective, the free-spirited Mary looks for purpose during a time that did not favor single women. From there, she would find Jesus and his apostles for which she would join during their pilgrimage where they would spread the word of God across the Israeli countryside to the people oppressed by Roman rule. Pretty much anyone aware of the Bible and/or has taken any Bible study more or less knows the story with filmmakers perhaps taking some liberties along the way.

The story tried to force a relationship between Mary and Jesus which failed since the film never went far enough with either character. Both were so shallow so it was difficult to gauge where each stood throughout the film. At times it was unclear who the story was about, jumping between shallow subplots for Mary and Jesus. As a result, it became easy to lose interest in either character as the film make it nearly impossible to connect with either of them or the story (despite pretty much knowing their stories already). Over the course of its 2 hour running time, the film becomes a chore to watch while waiting for the moment we all know is coming and whatever deeper message it tried to make will be lost on some viewers.

Due to the film’s slow pace and subtle delivery, many viewers may be bored by the proceedings. Being a religious-themed film, it unsurprisingly plays it safe by not ruffling any feathers in the religious community and taking an overly religious stance. Suffice it to say that any religious viewers will most likely not be offended by anything here and it will not convert anyone else. Despite everything else, it remains somewhat watchable thanks to its technical prowess. The beautiful cinematography, costumes, and score all do a commendable job at setting the scene so it’s unfortunate that there is still a disconnect with the script and story.

The film may not be the most compelling but Mara and Phoenix as Mary and Jesus respectively can certainly not be accused of not trying. Mara was okay and helped to somewhat elevate her character but there was only so much she could do despite occasionally getting swallowed by the rest of the film. Phoenix definitely had enough of a beard to play Jesus and he displayed enough charisma as well, however, his performance was a little too restrained. Ejiofor felt underused as Peter (one of Jesus’ apostles) who was just passenger until one substantive scene near the end.

This religious tale was too stretched thin to leave an impact but all the talent involved may make it worth the watch.

*Mary Magdalene opens in theatres on April 12th as a one week engagement in the following theatres:

The Man Who Killed Don Quixote - A Sharp Adventure Comedy