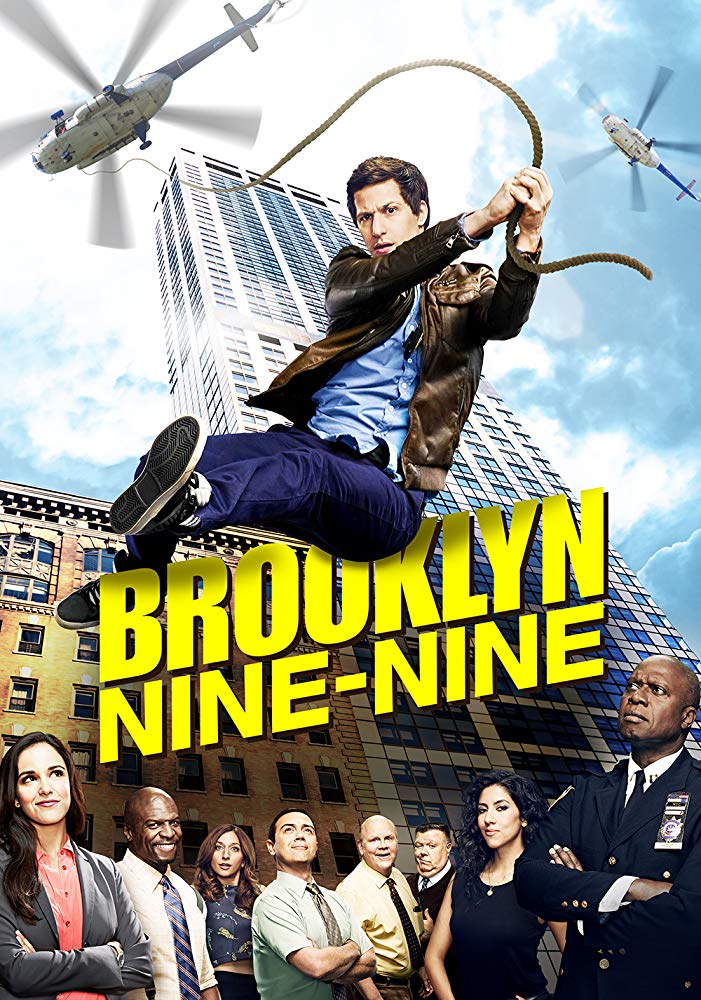 Staycation was a Jake and Amy episode which wouldn't be exactly what they bargained for as they were each blindsided by where they saw their relationship while a crisis would bring them closer together.

For our review of the last episode of Brooklyn Nine-Nine, click here.

Synopsis: Work is so busy for Jake and Amy that they end up celebrating their anniversary while standing guard over a comatose patient in the hospital. (IMDB)

The cold open was of Amy meeting Jake at the hospital. He needed a partner to help watch a cartel member until he wakes up from a coma so he could get information from him. Meanwhile, Scully was very familiar with the hospital in a way that was perfectly Scully. Jake believed it was the perfect opportunity to spend time together while still technically working therefore it would be a casecation. Being the goof that he was, Holt would surely want Jake to have supervision so his plan was foolproof.

Jake set he and Amy up (Charles did and wouldn’t leave right away) in a comatose patient’s room where they reminisced about their favorite moments as a couple, including being in a Uber Pool with Michael Caine (he wasn’t). He felt blindsided when Amy shared the fact that she wanted kids as he wasn’t quite sure if he wanted any and that she didn’t like water parks. Amy was equally blindsided. There was an obvious miscommunication between them. Amy suggested they debate for and against having children while Holt stood in as a judge.

Amy was of course winning but when the debate shifted towards their employment, Holt would abstain and Kevin (who was on Holt’s phone) took his place for which he would then abstain himself in favor of another woman named Gayle. Jake was ultimately scared of having kids because of his relationship with his own father which brought many insecurities around the male role models in his life. The forever-growing phone call grew even further when Gale had another man on the line after Jake complained about Gayle’s bias. The other recurring joke in the episode was a patient with twisted bowels next door named Pam would keep showing up as she was interested in Jake and may.

Amy’s debate idea clearly didn’t work but Jake thought they should enjoy their lives before making that kind of a decision. However, she needed an answer a lot sooner since she couldn’t wait. She wanted to make sure that they were on the same page. Terry and Rosa showed up soon after to inform them that someone may be coming to kill the cartel member. Jake and Amy would split up. Rosa was on Amy’s side (she believed Amy not having kids was f-ed up). Terry warned Jake that he should not have kids. Meanwhile, Rosa stopped a man who looked suspicious but he would just be a distraction as Pam was the one sent to kill the cartel member.

Pam had a bomb and in order to convince her to not blow everyone up, Jake would engage in another debate with her for which she would bring up several good arguments of her own (she would be financially compensated for doing so). He would convince her to give him the bomb.

Once everything was set and done, Amy had asked for some proper time off so she and Jake could spend some quality time together at a water park. Jake also shared that he wanted kids but when they were ready. His suggestion for baby names were unsurprisingly ridiculous.