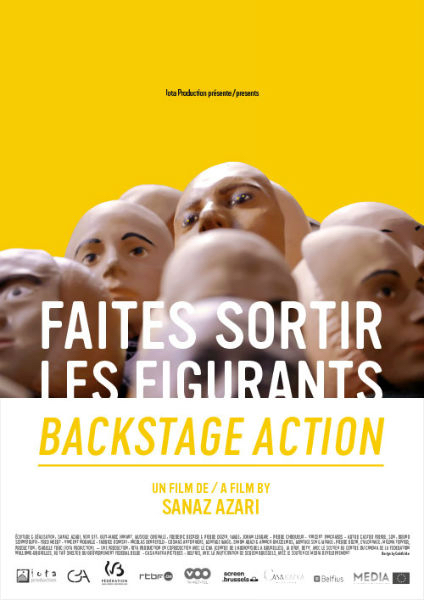 For anyone who adores seeing the underrated and underappreciated shine in the spotlight, then Backstage Action is certainly the film for you.
This will be one of many reviews during this year’s Hot Docs Film Festival, to keep up with our latest coverage, click here.

Sanaz Azari’s junior documentary feature, Backstage Action, is mostly a fly-on-the-wall observation piece about background actors and what the reality of their working conditions is really like. It’s an abundantly calm and held back piece – that might be its downfall for some audiences, as its pace is quite slow – but if you’re able to get involved in the story that it is trying to tell, then it could make for a valuable viewing.

There’s a certain beauty in how this film functions that is difficult to put a finger on. It’s quite possible that it’s the cutting back and forth between an intimate art reflection of the film’s subject matter and uninterrupted segments of the, once again, the film’s subject matter going about their days; it’s putting a grand culmination right beside the real human portrayal. It completely destroys everything that a cinematic experience at a film festival should be in the most beautiful ways, as in it’s letting its audience step right into the subject matter, but only if they want to. This is because the film doesn’t care what you think, it just wants you to know what it’s like to be in the shoes of these people.

Backstage Action is quite short (just under an hour without credits) but Azari is able to establish an observing eye that peacefully balances insight and observation with great success. It’s quite obvious that Azari has an understated adoration for film extras and how greatly they contribute to a film’s sense of reality, which is comforting to see during a time where it feels like the entire industry is filled with people trying to eat each other alive.

Coming Soon to keithlovesmovies (Week of May 1st)