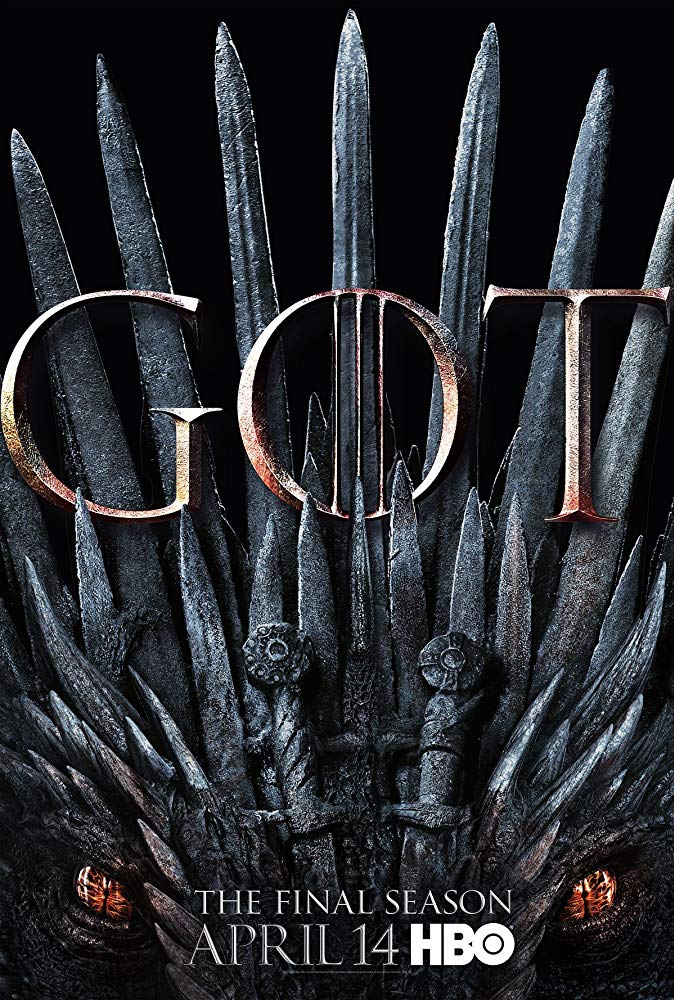 The Iron Throne is a good season and series finale that had the potential to be great if it could just stick the landing. It almost saved itself though while it was never going to satisfy everyone, there were still certain resolutions that didn't feel earned.

Synopsis: In the aftermath of the devastating attack on King’s Landing, Daenerys must face the survivors. (IMDB)

Regardless of how a series like this ends, some people will surely still be upset about it. After 8 seasons and 73 episodes, we’ve all wondered about who will end up sitting on the Iron Throne when all is set and done. The Iron Throne gave us that answer but it probably won’t be what you think. Suffice it to say that this season has had a few problems on its way to the finish line, several controversial episodes included, however this episode would almost save the season (or series) until a few uncharacteristic choices near the end.

The Iron Throne started with the aftermath at King’s Landing. Tyrion, Jon, Davos, and the others assessed the wreckage while still not quite believing what they were seeing. Tyrion went his separate way to find his brother and sister while Jon and Davos came across Grey Worm and some Unsullied about to execute Lannister soldiers who had clearly surrendered. Jon being Jon tried to stop it but Daenerys’ orders were to execute everyone who followed Cersei. Meanwhile, Tyrion got emotional when he found his dead brother and sister amongst the rubble underneath King’s Landing.

Everyone watched as Daenerys addressed her army, thanking them and alerting them about the battles that were still to come as she was not done liberating people and breaking the so called wheel. Tyrion later joined her to confront her about what had just happened, quitting being her hand but she would have him imprisoned all while Jon watched. Jon later found Arya who tried to warn him about Daenerys. He then visited a regretful Tyrion in his cell. He believed that he deserved what he got and he would betray her again knowing what he knew. He also tried to warn Jon about Daenerys who he tried to defend himself because he was still loyal to her and loved her (but so did Tyrion).

Jon confronted Daenerys who was enjoying an unencumbered Iron Throne for the first time. She thought what she was doing was good. He pleaded for her mercy but she was adamant about the new good world she was creating (and only she got to decide what was good). She wanted to build this world with Jon, embracing him and then getting stabbed for it. Drogon showed up and took her body (never to be seen again) after destroying the Iron Throne.

A time jump of presumably a few weeks passed since Daenerys’ death before Tyrion was let out of his cell to face judgment by the lords and ladies of Westeros (including an appearance from Edmure Tully). Jon was still a prisoner after what he did (people were mixed on what he did while the Unsullied demanded justice). Tyrion believed that it was up to the King and/or Queen to decide Jon’s fate. With no King and/or Queen, they would have to pick one (and it definitely wasn’t Edmure Tully). Sam’s democratic solution was laughed at while Tyrion suggested Bran for his vast knowledge, including stories of Westeros.

Bran of course saw this coming as everyone voted for him to be the new king. Sansa abstained, pledging the North as an independent kingdom. With that, Bran was now the king of the six kingdoms. His first order of business was to make Tyrion his hand. For the Unsullied to get their justice, Jon was sent to the Night’s Watch. Before he went, he got to say goodbye to the rest of his family. Unfortunately for Arya, she wanted to venture West of Westeros.

Brienne favorably updated Jaime’s history. Tyrion held a new Small Council meeting with Davos, Sam, Bronn, and Brienne where Bran visited (with his helper Sir Podrick). Jon returned to the Night’s Watch and was reunited with Ghost while Arya set sail and Sansa became the Queen of the North.

The series would end with Jon taking Tormund and the freefolk back through the wall.

So that’s it. The series may be over but Peter Dinklage (who was great in this episode and the series) and Lena Headey (who is just great) should get Emmys.

A Dog's Journey - A Melodramatic Cheese-Fest