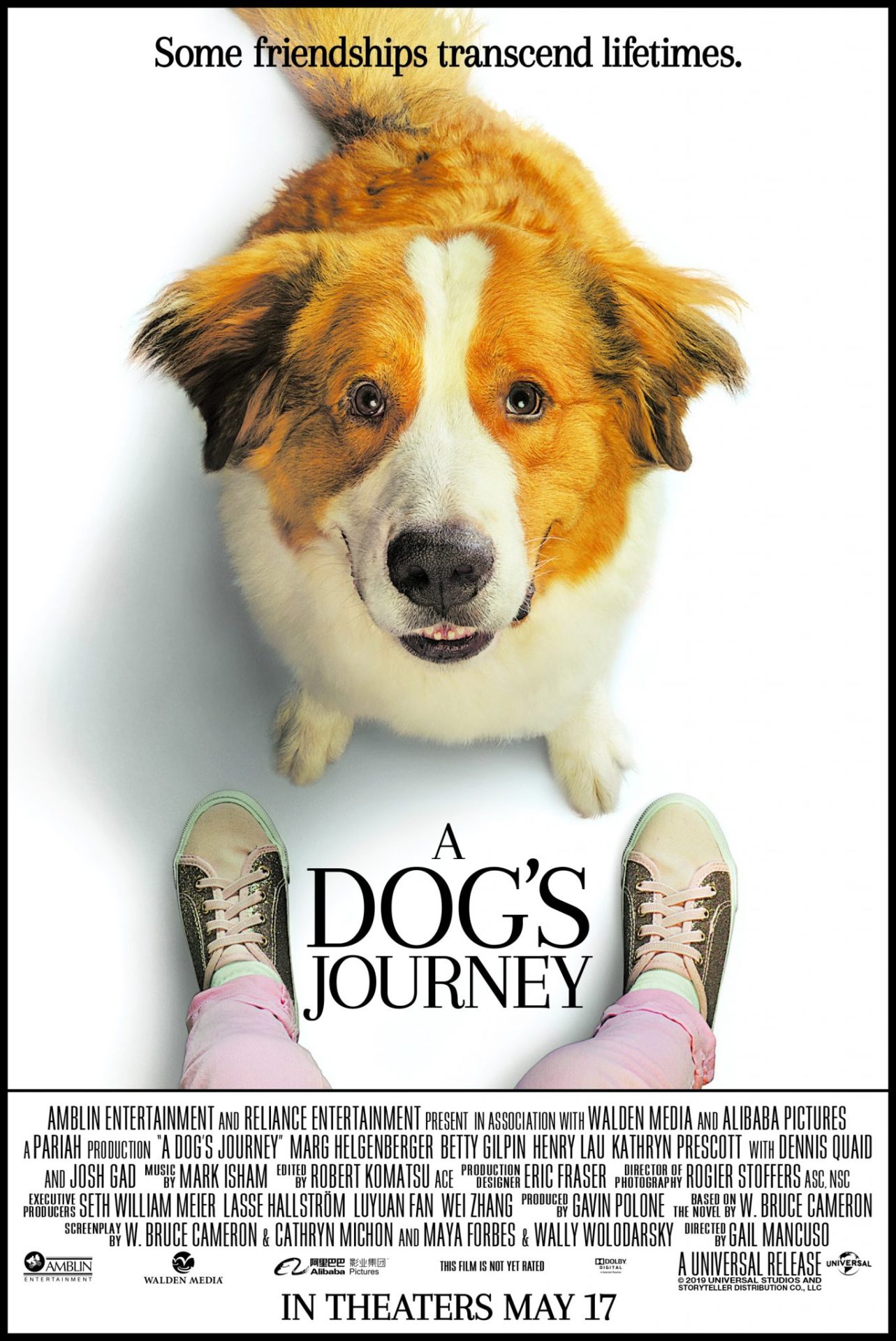 A Dog's Journey is pretty much the same film as A Dog's Purpose, inserting a cute but arguably annoying dog in an overly melodramatic and cheesy film that was just too much to connect with or even care about.

When all else fails, use a talking animal. Animals are cute, especially dogs. People like dogs and most develop strong emotional connections to them which is why films featuring dogs have been so successful. Think about it. Why not exploit that easy emotional connection in a film? That’s exactly what 2017’s A Dog’s Purpose and this year’s A Dog’s Way Home both did with moderate success and now A Dog’s Journey, another film based on the book series by W. Bruce Cameron and sequel to A Dog’s Purpose, hopes to do the same. For the most part, A Dog’s Journey is the same film as A Dog’s Purpose so if you’ve seen one, you’ve more than likely seen the other.

The major selling point of ADP was how a dog named Bailey (Gad) would come back to life over and over again in order to get back to a boy, now man, named Ethan (Dennis Quaid). This time, Bailey was tasked to take care of Ethan’s granddaughter CJ who started off as a toddler and followed her as different dogs to adulthood (Prescott). Ethan and Hannah (Marg Helgenberger) were still around, eventually growing old (with terrible aging makeup and prosthetics) but this film was more about Bailey and CJ. The main difference between this film and ADP was the distance between Bailey and CJ as they always just happened to find each other throughout CJ’s life. The predictable and contrived plot always seemed to find a way to touch plenty of cliches on the way to becoming unbearably melodramatic and manufactured to the point of not caring.

The characters in A Dog’s Journey never felt like actual characters and felt more like a means to perpetuate the film’s overuse of melodrama. Of course some viewers will connect to it more than others but all the laughably derivative story beats (Betty Gilpin as CJ’s cliche negligent mother Gloria was the highlight) here have been done in countless films countless times before so suffice it to say that none of it should come as much of a surprise. The character of Bailey never seemed to fit within the story to the point that he was in a different film altogether. Bailey was pretty much the same character as ADP, however, he did not work nearly as well this time around. Most viewers watch these films because of the canine at the center though all he did here was undercut the melodrama in a very distracting way thanks to some cheesy dialog.

Despite everything else, the acting was okay here though it would be weighed down by the mediocre material that made it difficult to care about the characters. Gad was annoying as Bailey though this was mostly due to the material and the direction. Prescott was okay as adult CJ but she wasn’t given much of a chance either as the film never asked her to go particularly deep though she would stumble whenever the film leaned in that direction (shout-out to Abby Ryder Fortson for being cute as young CJ). The okay-ness continued with Lau as CJ’s adult childhood friend Trent who was even less of a character than CJ was. Quaid as Ethan was probably the best, however, he was barely in the film.

Hopefully, this dog’s journey is over.