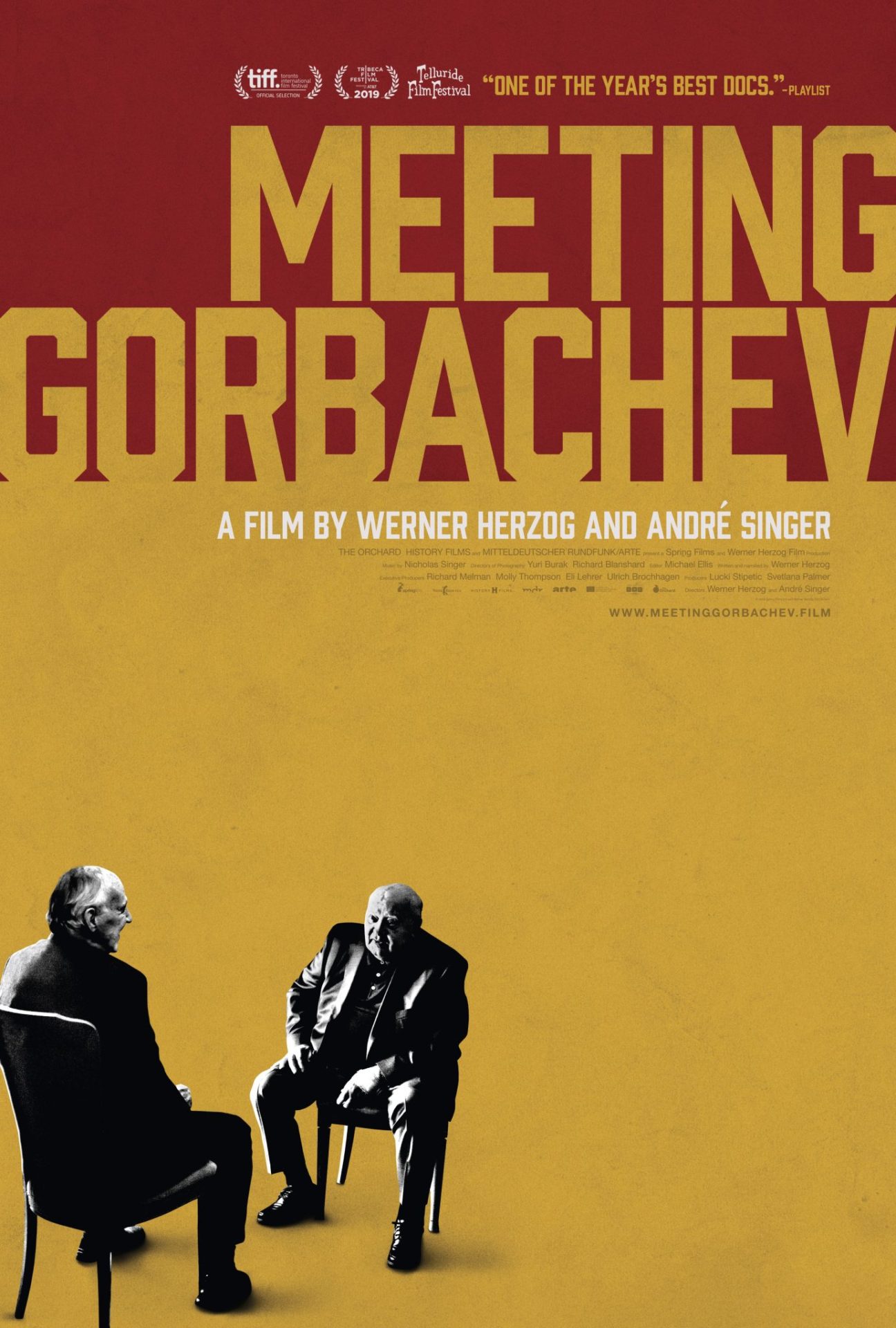 Meeting Gorbachev is a powerful and engaging documentary of the tragic rise and fall of ambitious, well-meaning figure who was perhaps ahead of his time but would not give it's subject enough of a chance.

For those unfamiliar with the subject of Meeting Gorbachev, Mikhail Gorbachev was the last leader of the former Soviet Union (or USSR) but many may be unaware of his impact he has had on the elimination of nuclear weapons on a worldwide scale (after the tragic events at Chernobyl) as well as the reformation of the Soviet Union and on Eastern Europe which led to the reunification of Germany. The ambitious and well-intentioned Gorbachev was a man who was perhaps ahead of his time and whose legacy is debatable but his story was indeed an inspirational and sometimes sad one, from his humble beginnings to his unfortunate downfall.

This documentary, co-directed by Herzog, saw him interviewing Gorbachev over a series of multiple conversations over half a year intercut with Herzog narrating Gorbachev’s life (hitting all the highlights) accompanied with plenty of archival footage of the career politician. If there was a negative to be found for Meeting Gorbachev, it would be the lack of balance between the two, leading to more narration about Gorbachev than Gorbachev himself. It was a shame as Gorbachev would provide plenty of valuable insight along with some interesting anecdotes about the Cold War and his relationships with other world figures, however, this did not take anything away from what was a truly powerful human story.

Gorbachev was a man who merely wanted to do good for his community, country, and the world. Using this guiding notion and his high intelligence, he climbed the ranks from being a poor farmer, joining the Communist party and biding his time until he attained the highest level of power in the Soviet Union. Over this time, he would gain worldwide notoriety for his actions as the face of the new Soviet Union, negotiating with countless world leaders. He was firm with his Socialist beliefs but he wanted to take the Soviet Union into the future, embracing democracy in an attempt to move the country away from a one-party state while enacting policies of openness and one that would restructure the country both socially and economically.

For those who don’t follow history, this of course did not last as Gorbachev’s growing dissenters attempted a failed coup which would eventually lead to the dissolution of the Soviet Union and Gorbachev’s resignation. At the end of the day, despite losing sight of what was happening around him, he was just a man who wanted to do what was right, conceding that he could have done certain things differently. Meeting Gorbachev doesn’t go much further than Gorbachev’s resignation (with a running time of 90 minutes, it definitely could have gone further) as the now 88 year-old Gorbachev continues to play a role in Russian politics to this day.

Maybe Russia isn’t so bad after all.

A Dog's Journey - A Melodramatic Cheese-Fest