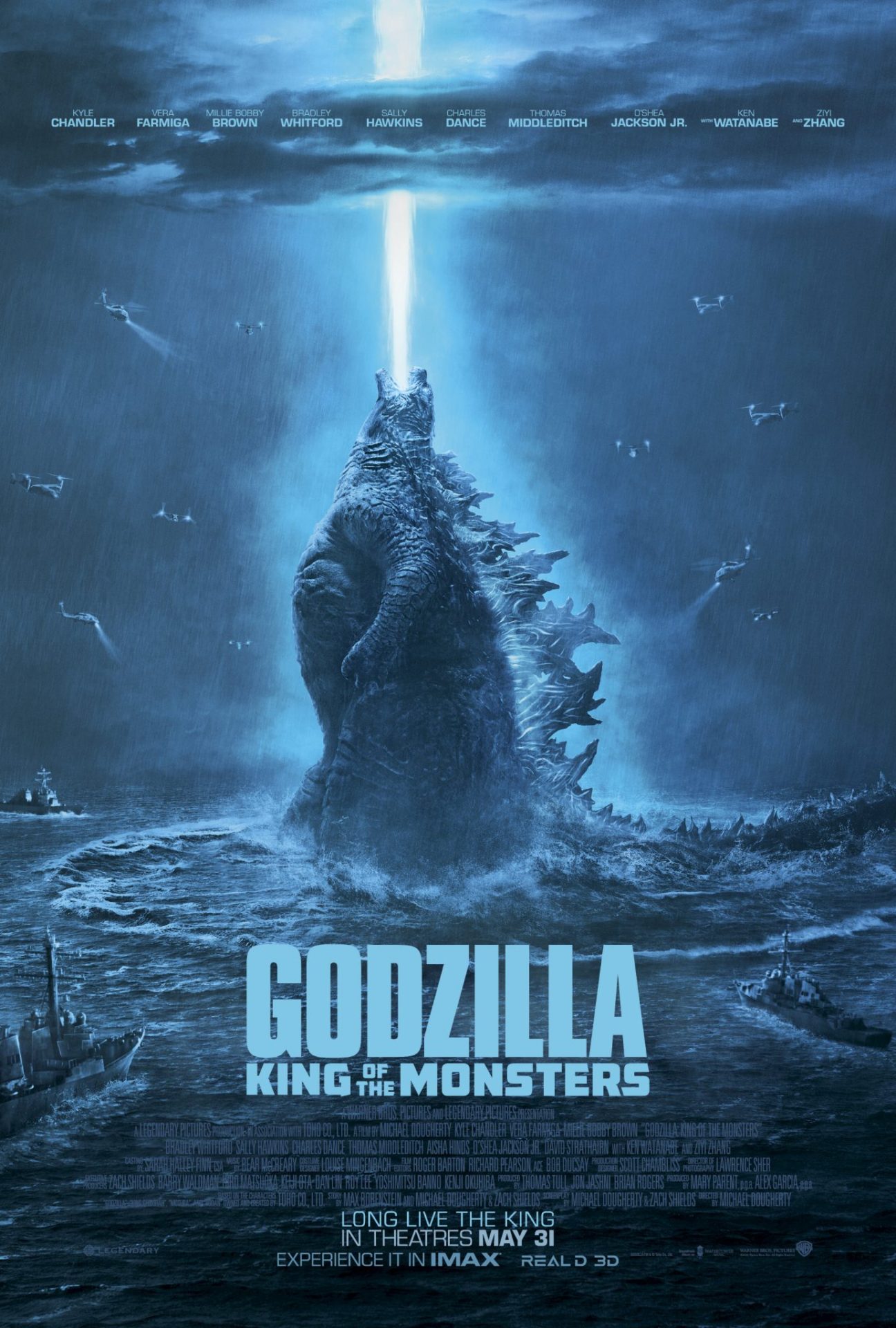 Godzilla: King of the Monsters definitely has the monsters but it's not enough to make up for the nonsensical and needlessly convoluted plot, over-the-top score, mediocre script, and some bad acting.

Is Godzilla the king of the monsters? Now that’s a question that didn’t need a whole film to answer but here we are. Now is Godzilla: King of the Monsters the king of Godzilla films? While the answer to that question is a resounding no, it definitely lives up to the back half of that title, featuring plenty of monsters to go along with Godzilla. However, where the film would ultimately falter was in its attempt to reconcile its array of monsters with an engaging enough story. Though a large portion of this film’s audience won’t be watching it because of its story, this problem was apparent from the start, making it difficult to ever becoming engaged in or care about the characters of the story.

After the events of Godzilla (2014), this film would pick up five years later with a world divided after the reveal that monsters were real and living among us. Some believed we could live along with them while some wanted them all eradicated. Dr. Emma Russell (Farmiga) was a doctor working for the very secretive organization known as Monarch, creating a device that could communicate with those monsters (or titans). The ramifications of such a device, both good and bad, were obvious and in her case, would attract some unwanted attention in the form of an eco-terrorist named Jonah Alan (Charles Dance) who of course had less than ideal intentions for Russell’s device, taking Russell and her daughter Madison (Brown) hostage.

With Russell and Madison in danger, Russell’s ex-husband Mark (Chandler) was brought back into Monarch, for whom he had a past with, by Dr. Serizawa (Ken Watanabe), Dr. Graham (Sally Hawkins), and the rest of the gang to help to stop Alan and get his family back. Another problem with the film was the lack of a compelling villain. Weaving between a convoluted human narrative and a highly-contrived main narrative, it was difficult to wrap your mind around what was happening on screen. Meanwhile, Godzilla had disappeared ever since the events of the previous film but that clearly did not last forever. In tracking Alan, the plot acted as a window into the inner workings of Monarch and their elaborate worldwide operation, including the many titans they were harboring.

Unfortunately for us, the inferior human story was far more prevalent in Godzilla: King of the Monsters thus depriving us of the much better titan moments. The film of course featured Godzilla but it would also feature the other main Godzilla monsters such as Ghidorah, Mothra, and Rodan (all four getting credited in the closing credits was a nice touch). Godzilla himself was more or less the same in Godzilla (2014) which was fine but the other three looked equally menacing though varying in detail (it seemed like the animators gave up when the designing the other ones). They all loomed large as the film kept reminding us of that fact by beating us over the head with its generic and overbearing score.

The acting for the most part was fine but it was generally let down by the subpar material. The bad dialog (including painful comedic bits) made it tough to watch at times while the plot and some questionable writing made it difficult to care about any of the characters. Chandler was okay as Mark Russell as were Farmiga and Brown as Emma and Madison Russell, however, the writing would torpedo their family dynamic which just happened to play a prominent role in the story. The film would also feature a large supporting cast though at the end of the day, no one really stood out.

For those wondering, be sure to stay until the end of the credits as the film features a post-credit scene.

Coming Soon to keithlovesmovies (Week of May 29th)

Inside Out 2019: Scream, Queen! My Nightmare on Elm Street Review