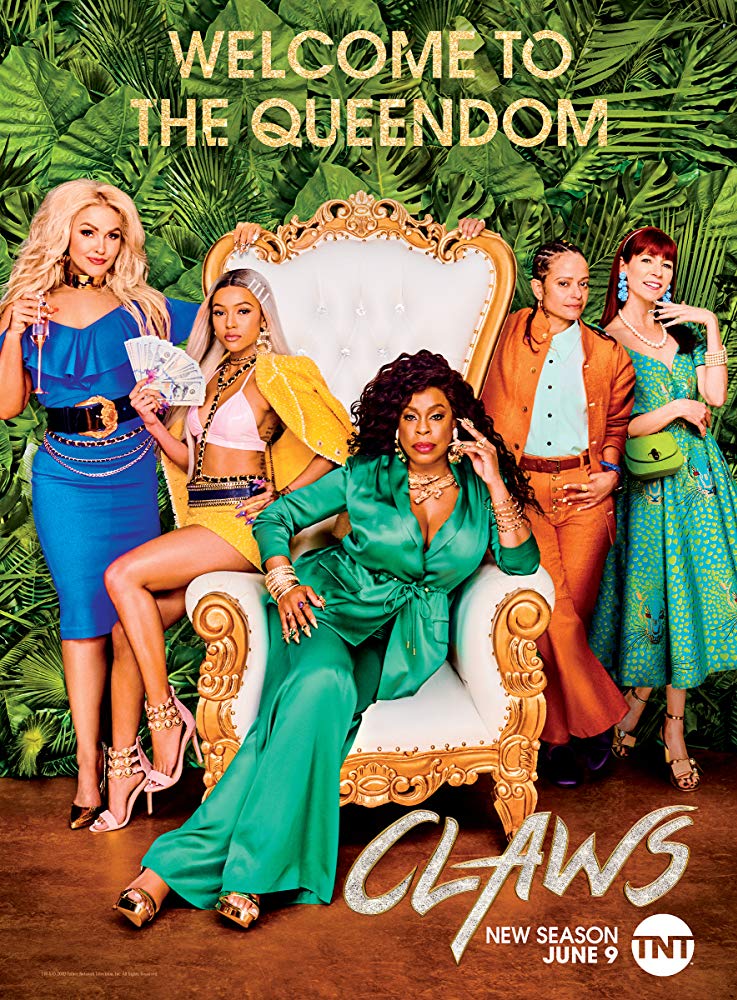 In Just The Tip, the landscape of Claws has been turned upside down once again by introducing new villains and an evolving power dynamic while still giving us all the crazy we know and love.

The series about a group of nail stylists through two seasons has become something so much more. It’s campy and over-the-top nature shouldn’t work on paper but somehow it does and is one of the most entertaining summer series on TV and this new season appears to be more of the same.

Synopsis: In the wake of Virginia being shot, the crew must regroup to face their off-kiltered new adversaries, Mac and Melba Lovestone, so they can run Bayside Rapture Casino like the bosses they are. (Fandom)

Since the season two finale, the group has been separated but it wouldn’t take long for them to come back together to come to Virginia’s aid after she was shot in the head at the end of that finale. In this episode, we encounter who will most likely be the big bads of the season in the part owners of the casino in which Desna acquired, a married couple named Melba (Rebecca Creskoff) and Mac Lovestone (Michael Horse) who knew a lot about Desna and the other girls (and were obviously more than they seemed). While introducing themselves to her, they tried to lowball her in attempting to buy her share of the casino.

First, the gang needed to figure out who tried to kill Desna and shot Virginia (the series wouldn’t tip its hand right away). Uncle Daddy denied trying to kill Desna. Meanwhile, Jen and Bryce (who were very much in love once again) were attempting to get comfortable in Tampa but Tampa, and it’s seemingly racist residents, wasn’t quite comfortable with them. Going back to tend to Virginia was the perfect excuse for them and Jen wasn’t going to take no for an answer (even if that meant missing a Beyonce concert). Polly, forgetting that she was in a voluntary psych ward, was caught and reminded of this while trying to plot her escape.

Dean was obsessed with getting revenge for what happened to Virginia but Desna wasn’t going to have any of it. She was clearly worried about her brother. She had Dr. Ken, who was clearly unqualified, to try to talk to him but he believed that Dean needed a distraction. Meanwhile, Virginia survived but not without losing an eye though also getting a new lease on life (she would get a cornea transplant and a bedazzled eye patch for her trouble).

Desna and Roller found a victim of the Lovestones who revealed that they launder millions of dollars a month through the casino and also gave them evidence against them. Regardless, Desna wasn’t scared now. Uncle Daddy came to offer them another suspect to which Toby corroborated, a fellow mafia member named Clint. Desna and Roller found Clint and after hitting him with their car, they quickly disposed of his body. She was anxious but he would calm her down in a way that only he could do. Desna wasn’t ready for more out of their relationship.

The episode ended with Desna and the girls confronting the Lovestones. She wanted more than what they were willing to offer (50% of their operation) and was willing to look past their other illegal activity. As they exited, the girls were part of a fun choreographed dance number set to “Free Your Mind”.

It would also be revealed that Toby had been colluding with Uncle Daddy. They set up Clint in what seemed to be a revenge plot against Desna.

Inside Out 2019: A Dog Barking at the Moon Review

Big Little Lies (2x01) What Have They Done? Review