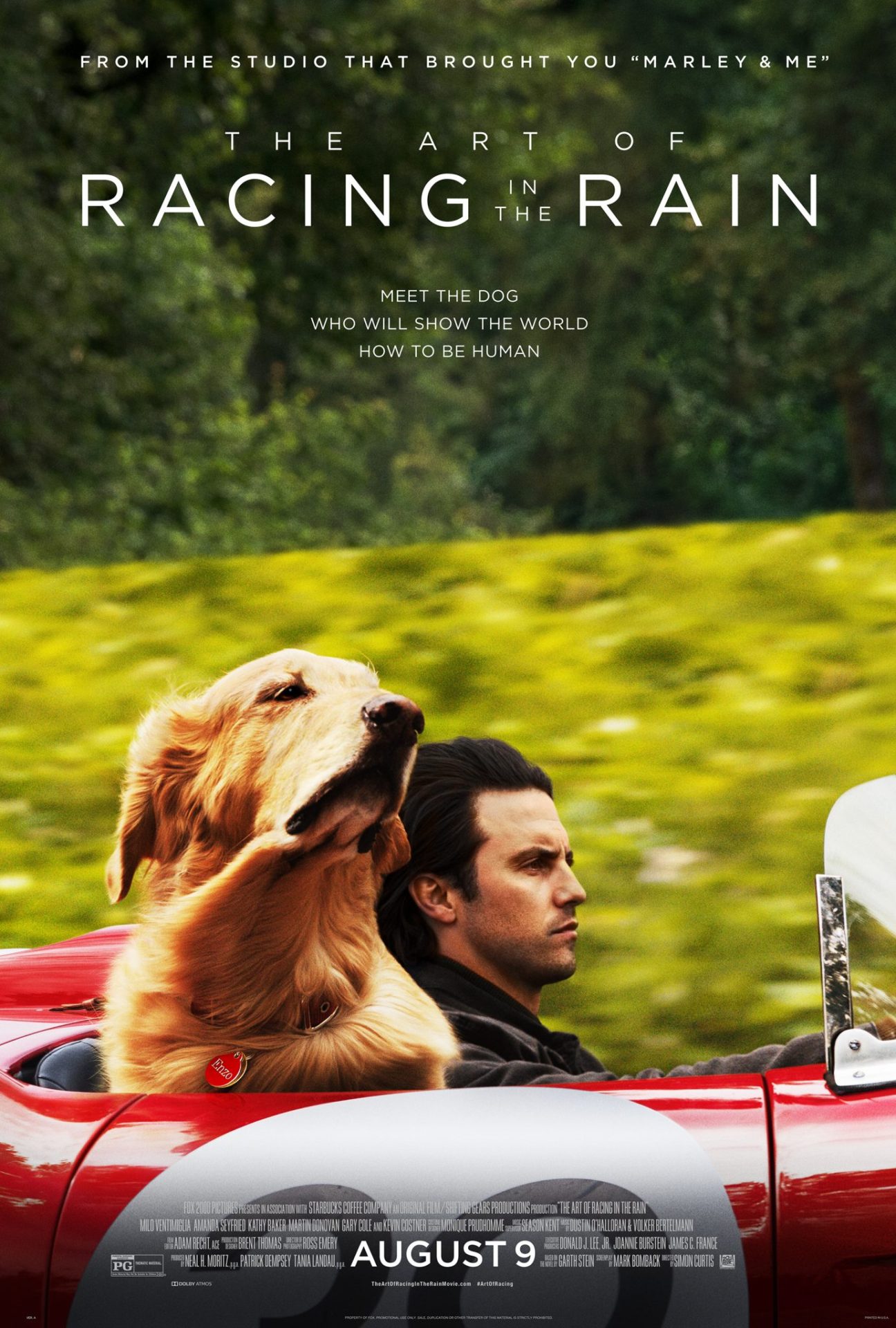 Check out the official trailer, teaser poster, and still images for Fox 2000’s upcoming film, “The Art of Racing in the Rain.”

Meet the dog who will show the world what it means to be human.

20th Century Fox has released the official trailer and teaser poster (below) for Fox 2000’s upcoming film THE ART OF RACING IN THE RAIN, a heartfelt tale narrated by a witty and philosophical dog named Enzo (voiced by Kevin Costner). The film follows Enzo and his best friend and owner, Denny Swift (Milo Ventimiglia), an aspiring Formula One race car driver, as they navigate the journey of life and the loves of Denny’s life – his wife, Eve (Amanda Seyfried), their young daughter Zoe (Ryan Kiera Armstrong). Based on the best-selling novel by Garth Stein, THE ART OF RACING IN THE RAIN also stars Gary Cole, Kathy Baker and Martin Donovan and will be released August 9th by The Walt Disney Studios.

Check out these stills from the film: