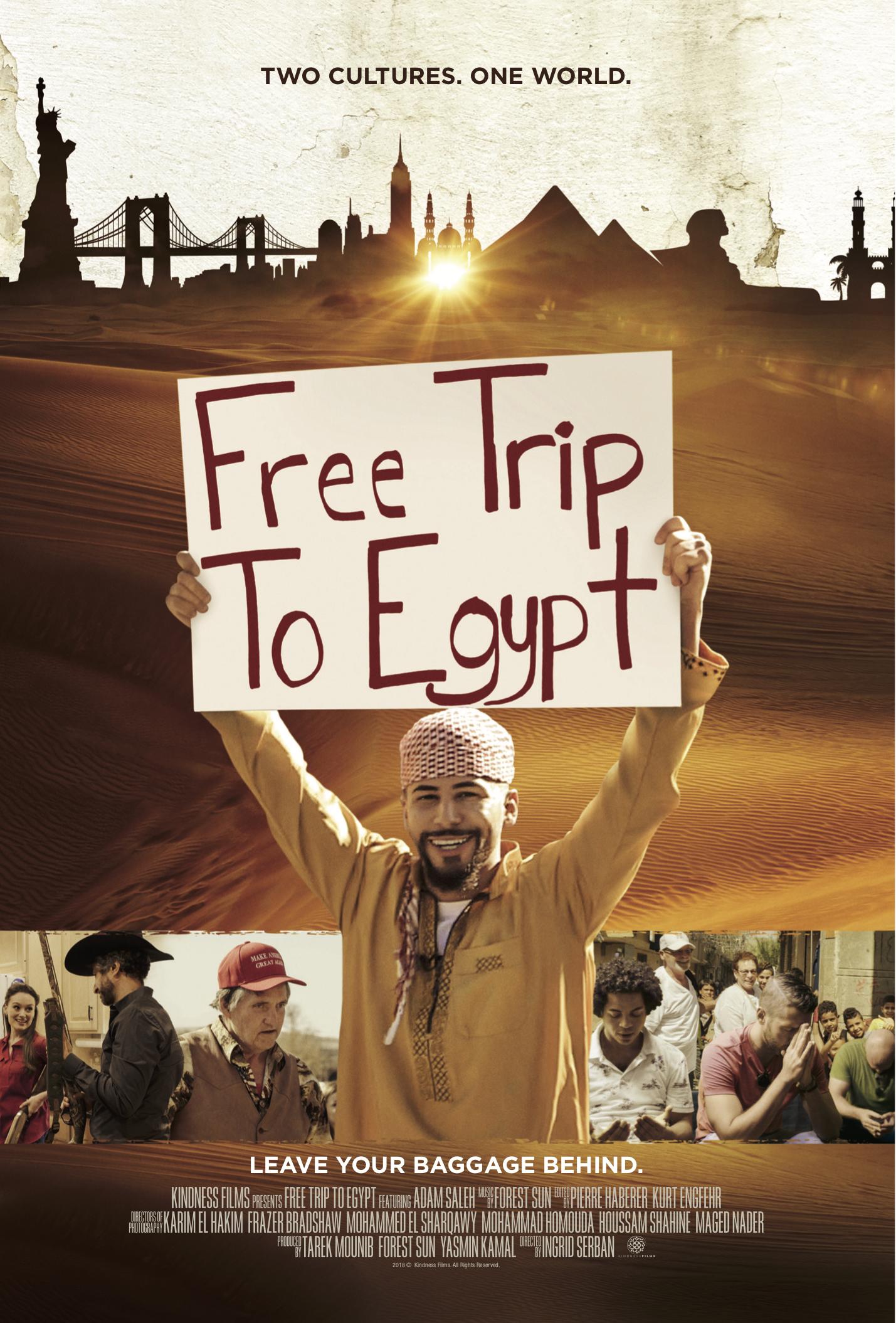 Free Trip to Egypt may not be a ground-breaking but is still a somewhat fun, intimate, and surprisingly emotional albeit a slightly overstuffed documentary.

We live in a tumultuous time full of division and intolerance as the current culture and political climate have driven us further apart from one another. As a people, we need to start to come together and embrace our differences and not be afraid of them. We should not fear what we don’t understand seeing that we are more alike than what we may realize. Free Trip to Egypt is a documentary that attempts to bridge this divide, chronicling a social experiment devised by a Swiss/Canadian/Egyptian man named Tarek Mounib who wanted to foster a dialog to help those understand different points of view. His idea was to choose a group of seven Americans from different flocks of life with different points of view and took them on a free trip to Egypt in order for them to gain a better understanding of the Egyptian people and their culture.

Now suffice it to say that Mounib’s recruitment process wasn’t easy. It would have been nice if Free Trip to Egypt spent more time with this as we followed him travel around the country to spread his message, including the divisive South and a Trump rally. The more he kept finding ways to spread his message, Mounib would eventually find plenty of willing participants who would all carry plenty of preconceived notions about Egypt along with its people and culture. Being faced with this new environment, the ultimate result of all of this shouldn’t come as much of a surprise to anyone but it didn’t make it any less compelling and powerful to watch.

Mounib’s guests would spend some time together and also be separated into different groups so they could spend their time with different locals to experience different activities and become acclimated with Egyptian culture. While this was somewhat fun and surprisingly emotional to watch together, Free Trip to Egypt didn’t offer enough of this as its short running time, clocking in at just over 90 minutes, and its excess number of characters made the film feel a little too busy at times. The cinematography wasn’t revolutionary by any means but it would give the film an intimate feel as the film’s scope was limited. The score would more or less do the same, also adding emotion.

At the end of the day, Free Trip to Egypt may not be breaking any ground in terms of its message of inclusion and understanding but this doesn’t make it any less important. It may have its fair share of fun and emotional moments, however, there weren’t nearly enough of them. Its intimate portrayal of Egypt and its people are definitely a highlight and for audiences looking for something uplifting, this documentary is still well worth a watch.

The Farewell - A Welcoming Family Affair