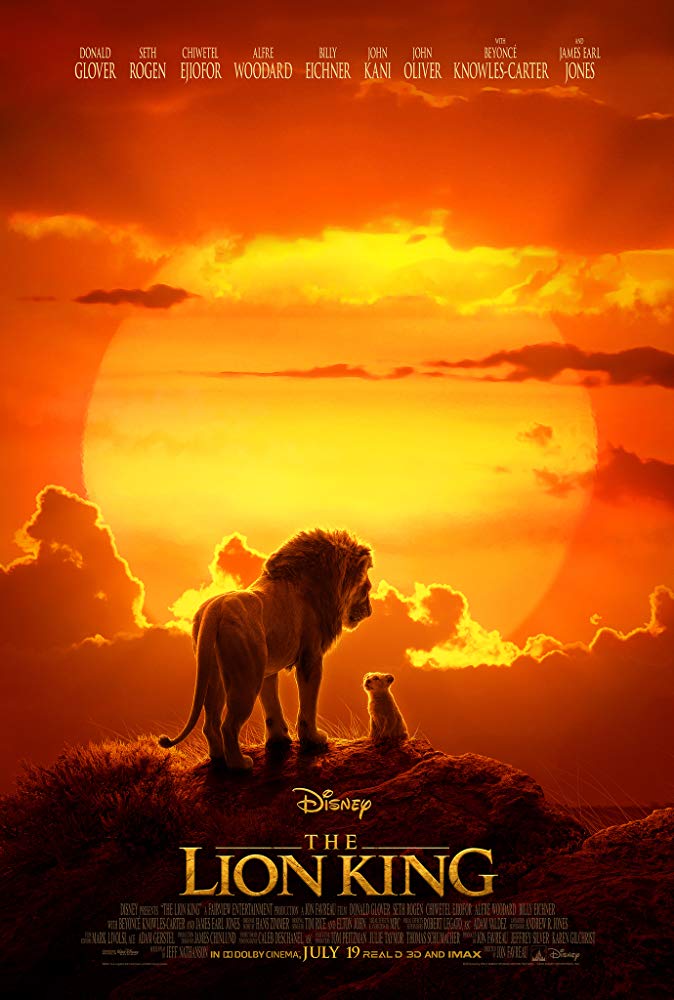 The Lion King is a glorified tech demo plagued by the same problems of past Disney adaptations. A few funny comedic performances aside, this shot-for-shot remake is a tedious, emotionless, slog.

For our earlier review of The Lion King, click here. Click here for our review of the 1994 original.

This new adaptation of The Lion King is undeniably a technical marvel, featuring plenty of photo-realistic animals and environments. Unfortunately, this would also be its downfall as a film full of life can also look so lifeless. With any adaptation or re-imagining of a famed property such as the original film comes the inevitable comparisons and this will be no different here. This version of the film serves more or less as a shot-for-shot remake of the original film, however, the technology used to bring this world to life, while beautiful, this also created a nearly insurmountable disconnect with the action on screen that will undoubtedly disappoint some viewers.

Everybody for the most part if familiar with the story of The Lion King but of course with most adaptations, there’s more in this version compared to the original, however for the most part, the predictability factor took away from the excitement factor. Along with the film’s blatant lack of emotion created from that technological disconnect, this made the film very tedious to watch. Conversely, the film also knows what it wants to be so it relies heavily on its nostalgia factor which should still be enough for some viewers, assuming they can look past the its presentation. Like past Disney’s recent adaptations, it over-depends on it while using it as an excuse to be lazy. Ultimately, it would just be difficult invest in or even care about anything here.

Animation aside, although the film may be well-intentioned, almost every part of this version of The Lion King felt like it was executed with little to no care. The disconnect may be there but the lifeless script and direction did not do it any favors and would muddle things even more. Though all the moments were here, from the many musical numbers and other iconic scenes, they were nowhere near as impactful as the original film and suffered from a sense of tone deafness that couldn’t quite work as well today.

Despite this, the film still had some decent moments. While Glover and Beyonce as Simba and Nala respectively can definitely sing well individually and together (while others in the film could not), the film didn’t showcase them as much as they should have. Meanwhile, Timon (Billy Eichner), Pumbaa (Rogen), and Zazu (John Oliver) were definitely the highlights with some funny moments, however, they arguably should not have been.

As mentioned, the quality of animation here was breathtaking, making it easy to forget that this is an animated film and not a nature documentary but at times, the latter would be more the case as it was easy to lose interest in the story as the film felt like a nature documentary set to a lifeless reading of The Lion King. The score would breathe some life into the proceedings until the choppy editing almost immediately counteracted it.

This version of The Lion King boasts an impressive voice cast (including some of the names mentioned above) but unfortunately wastes them with the majority of them giving lifeless performances as they seemingly struggled with the mediocre script and aimless direction. Eichner, Rogen, and Oliver and Glover and Beyonce’s singing aside, nobody seemed to care for the most part which made it hard to care about their respective characters. In fact, the film would be better served reusing James Earl Jones’ recordings as Mufasa in the original film.

At the end of the day, nostalgia and beautiful animation only goes so far. The new version of The Lion King should serve as a lesson for future Disney adaptations to go further and offer something more.