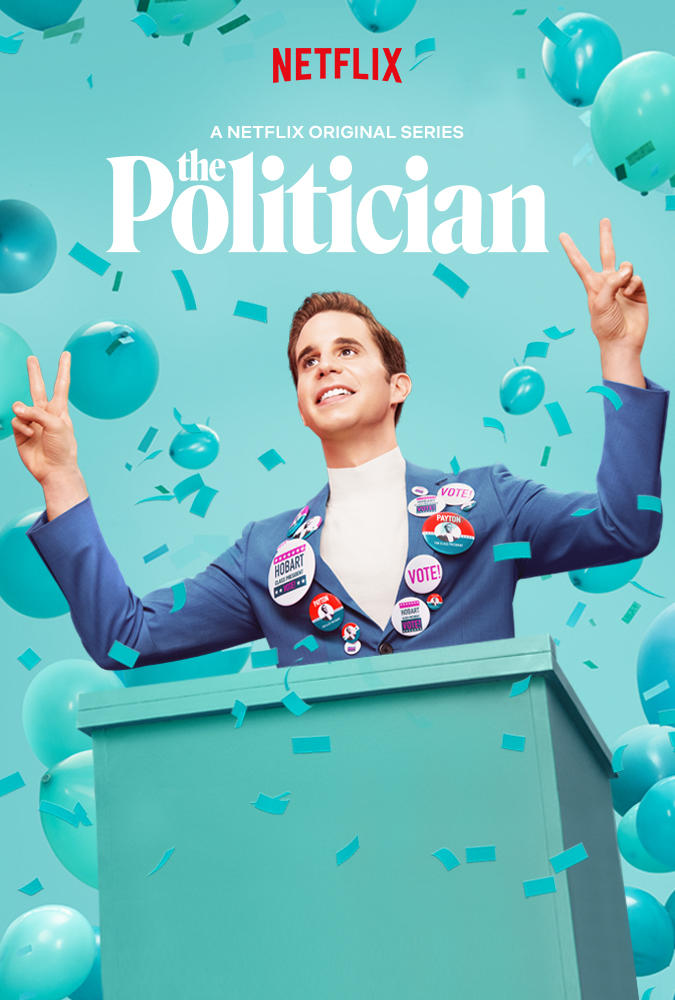 The Politician is a mess of a series that doesn't quite work while overplaying its style which only distracted from the important issues it attempted to tackle despite a deep lead performance from Ben Platt.

The first episode of Netflix’s new dramedy The Politician sets itself up as a series that feels like it could go in a number of directions. However by the end, it doesn’t feel very different. From start to finish it’s a bit of a mess, unsure of what it’s trying to present and tries to be a few things to a few different people. While it has several elements to the show that are really effective, as a whole it falls short.

The Politician is led by the incredibly engaging Ben Platt as Payton Hobart a teenager running for student council president as a means to kick off a political career that he hopes will end in The White House. He’s an adopted child of Georgina Hobart played by Gwyneth Paltrow – who has high billing in all of the marketing materials – the matriarch of an incredibly wealthy family and goes to a high school full of other kids from incredibly wealthy families.

From the mind of the writer and director behind such hit television series as Pose and Glee among countless others, Ryan Murphy’s stamp is felt in every scene of the show and in every word of dialogue. Usually a fan of this stylish, purposely over-polished quick witted series, The Politician often feels a bit misplaced for Netflix. This was because every little conversation and action in the show is framed as if it’s a part of Hobart’s campaign for class president. This is the case whether he’s making a speech or speaking to any student as he walks around school. This may be an interesting idea, however, the show sets itself up to tackle issues like mental health and suicide. But talking about running mates and political points during a service for a fellow student who has killed themselves comes off as tone-deaf.

It feels like this political discourse presented in The Politician is supposed to feel like a tongue-in-cheek comment on the way politicians conduct themselves whenever they’re in public but it actually does a bit of a disservice to the much larger ideas surrounding it. The series would have been much more effective if it wasn’t presenting these topics but instead they became a bit distasteful.

The only time this overly-polished style isn’t used is when Payton is at home speaking to his mother where his guard drops and feels much more real. If The Politician was a bit more willing to drop the act at other points throughout, it would have been a more engaging watch. But because everything else is presented as part of the show’s overly-slick, almost sickly style, it feels a little too much. Those moments of realness highlight the best thing about the show which is without a doubt Ben Platt as Payton. He has several sides to him and is able to switch quickly and seamlessly between the ‘politics’ of it all – it was just unfortunate that he wasn’t allowed to do it more.

Exploring the navigation of teenage or adolescent is something that’s been a staple of TV with different devices used to frame it with hugely varying degrees of success. Even just recently we’ve seen Sex Education and Euphoria, two series which have been met with huge success and critical approval. Although it tries something new and different, it’s unlikely that The Politician will be one of the more memorable series.

The War of The Worlds (1x01) Episode 1 Early Review