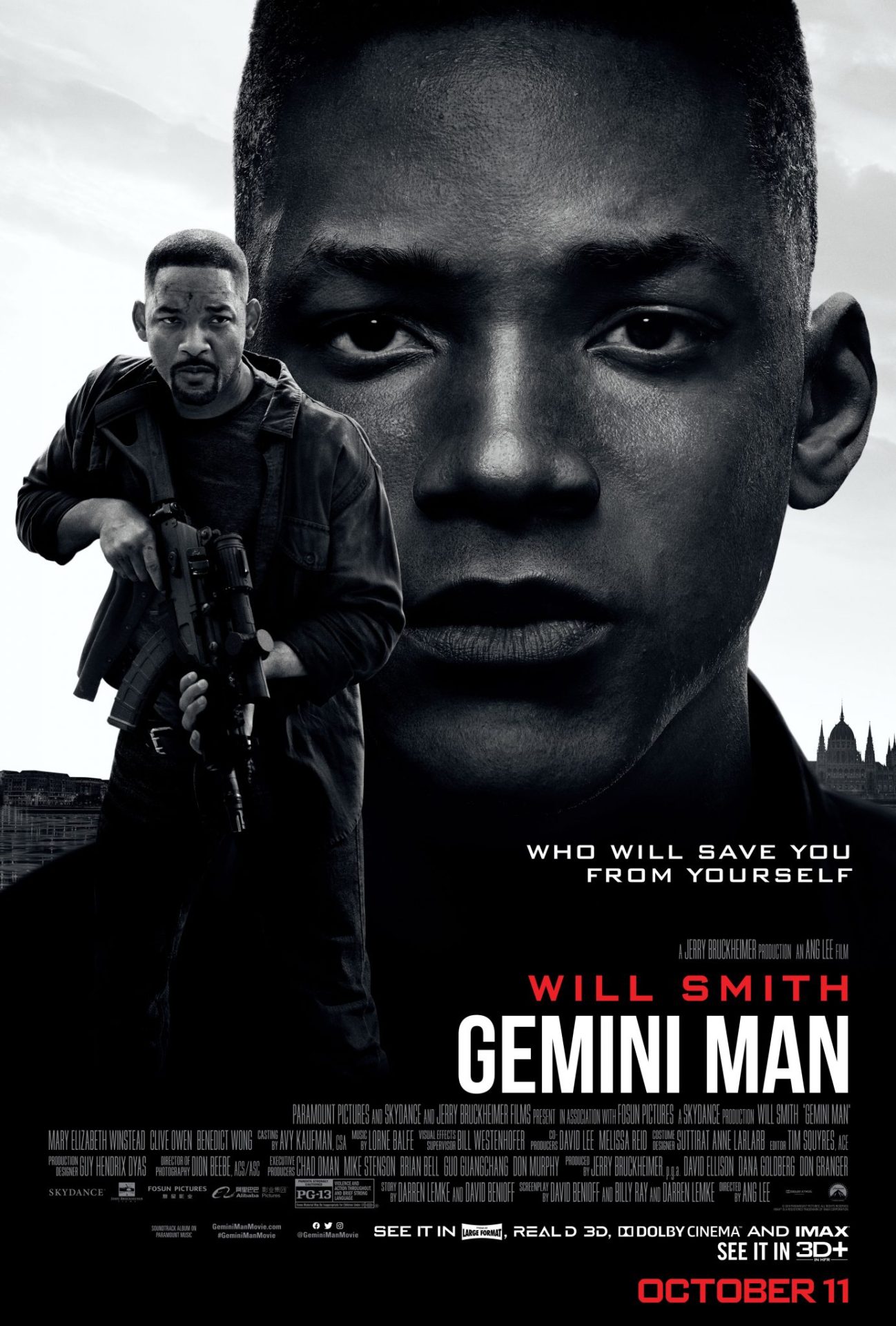 Gemini Man is a glorified tech demo, that surprisingly works more often that not, masquerading as a dated sci-fi action movie that has absolutely nothing new to say but offers decent performances.

For a film that’s been in development for the last 20+ years, Gemini Man sure felt dated. Keeping the film in development so long was the fact that the technology just wasn’t quite there all while the original 1997 script was worked on by 7 other writers. In the end, the film felt like it would have worked better in 1997 but here we are in 2019. With plenty of advancements in technology, the story could be done justice (at least in theory) and who better to take the helm than Ang Lee, a director with a questionable fascination with technology and unorthodox filming styles. Just like 2016’s Billy Lynn’s Long Halftime Walk, the film was shot using a combination of 3D and a higher frame rate of 120 frames per second as opposed to the usual 60. As a result, it is easy to wonder if this choice is simply a gimmick and the answer to that question is yes and no.

Most of the promotional material for Gemini Man pretty much gives away the plot with the primary selling point being two Will Smiths. The film’s ultimate success at this (using CGI) may be debatable but the film offers not much besides that as that ridiculous premise pretty much sets the tone for the rest of the film. It’s big, it’s stupid, and it may not make sense at times but it’s better to not think of much beyond the two Smiths because of the film’s inability to develop anything beyond that subplot. The story was about a talented though now older hitman named Henry Brogan (Smith) who, after a questionable series of events (don’t bother thinking too much about it), becomes the target of the government he once worked for and a younger clone of himself with an eerily similar set of abilities.

From there, Gemini Man was a cat-and-mouse game between the older and younger Brogans under the guise of looking for answers but ultimately never seemed to go anywhere. Despite this, their many globe-trotting altercations, though unbelievable, were very exciting to watch. These action sequences, with the help of some death-defying camerawork, taking the most advantage of the higher frame rate to create some thrilling moments. However, the higher frame didn’t help certain special effects which made them a little too distracting while making others stand out for the wrong reasons. By the end, the film’s attempts to make us care for its characters and for the story to grasp at any depth whatsoever up to that point simply rung hollow and were difficult to care about as they came too little too late.

Gemini Man‘s characters and script maybe be bland but at least the performances as a whole were okay. Being the star of the film, Smith definitely did his part, using his natural charisma to elevate what was a generic character. He was fun to watch. Meanwhile. Winstead and Benedict Wong were good as Brogan’s associates Danny Zakarweski and Baron respectively. Though they were nothing more than associates, their chemistry with Smith made the three fun to watch. Owen was just as throwaway as the film’s wasted villain, Clay Verris.

At the end of the day, Gemini Man serves as proof that HFR technology is improving, however, a dated and forgettable story means that the film is destined to get lost in the shuffle.