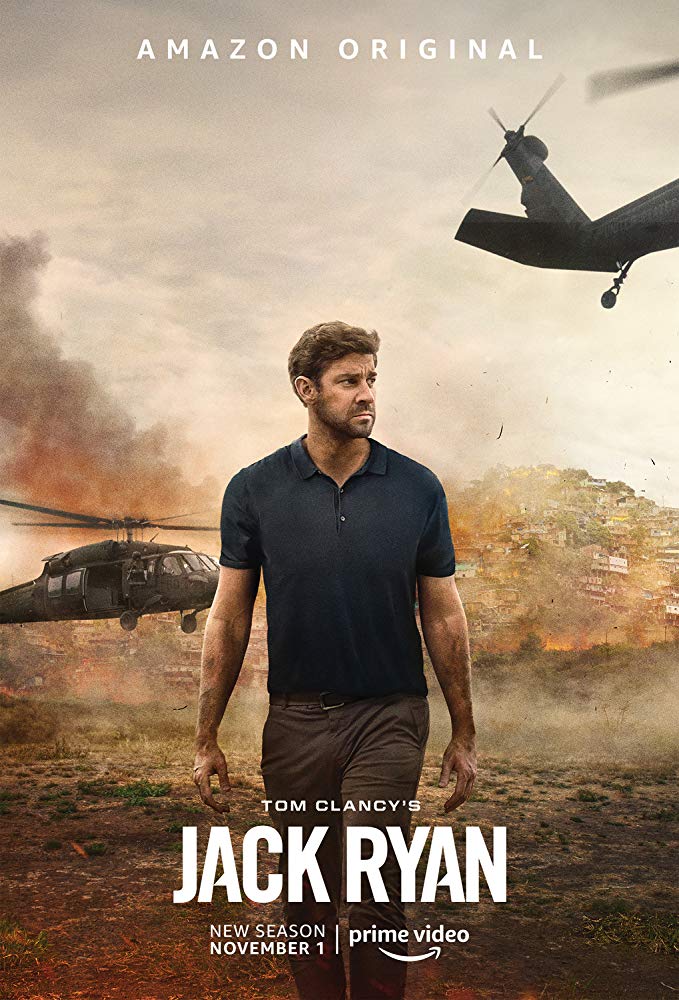 Tom Clancy's Jack Ryan presents a bit of a quandary. If you’re deciding whether to spend eight hours on this or on the many other high-quality streaming series available, there are probably better options.

In today’s landscape of cinematic-quality television, content producers need to make sure they put up the goods in order for people to invest their time. Where the all-at-once streaming culture means we expect more from our programming, there needs to be a really good hook in order to get audiences to make the commitment, especially for a series of eight, hour-long episodes.

Tom Clancy’s Jack Ryan on Amazon Prime Video should meet these criteria on paper. It’s got the star power in John Krasinski, the recognizable IP in Tom Clancy’s titular character, storylines of political espionage and high-flying action and a decent budget behind its eight episodes from the behemoth that is Amazon. In the end, all these things means the series may be entirely watchable, however, it unfortunately falls into the camp of good but not essential.

We meet the aforementioned Jack Ryan – played by lovable Krasinski – in this second season after his promotion from a data analyst to something much more important on Capitol Hill. Ryan’s achievements as a result of the events of the first season are still very clear; and everyone in the cast is sure to comment on it, just in case the audience forgets for a second what an absolute hero he is.

The development of the character is one of the stickiest parts of this second season of Tom Clancy’s Jack Ryan. While he obviously did a lot as he worked his way up from the bottom of the rung as an analyst in the first season, the jump to where we meet him at the beginning of this new season feels almost too much.

Krasinski’s entire demeanor as Ryan has changed; he’s got a bit of swagger and is a lot more cocksure. Now while the events that set up this season in the first episode should be the perfect narrative device to bring him back down to earth, it doesn’t feel like that’s the case. One of the more enjoyable elements of the first season is his unsure approach to the huge action set pieces that are happening around him and going into those events with a bit of swagger this time around makes the character much less relatable.

The recap at the beginning of the season is much more essential viewing than the equivalents for the likes of Stranger Things or other key series because all that really comes to mind from the first season of Tom Clancy’s Jack Ryan is that he stopped the bad guy from doing the thing that would hurt lots of people. And honestly, this is indicative of one of the show’s big problems, because it’s kind of forgettable.

In a 20 minute comedy series, you might expect to only half pay attention and still get by. Watching Tom Clancy’s Jack Ryan, it’s easy to find yourself doing the same; drifting in and out. And while you can check in every so often just to get the detailed specifics, for a big, cinematic-feeling thriller series, that shouldn’t be the case.

Not to sound too down on it, Tom Clancy’s Jack Ryan is of course well put together. Its narrative composition is very confident and the filmmaking of it is really impressive. This is what makes it entirely watchable even if it unfortunately isn’t a series that takes many risks. The trouble is, it just doesn’t feel exciting and for a spy / action / thriller program, that just won’t cut it. There are still moments throughout where tension builds and the action is really great to watch, but those moments are strung together with a predictable script and flat characters.

On the other hand, if you’re very good at keeping on top of everything and you’re looking for something to watch, then why not; Tom Clancy’s Jack Ryan is completely harmless. But in the current landscape of excellent television, harmless might not be what you want.

The Walking Dead (10x05) What It Always Is Review