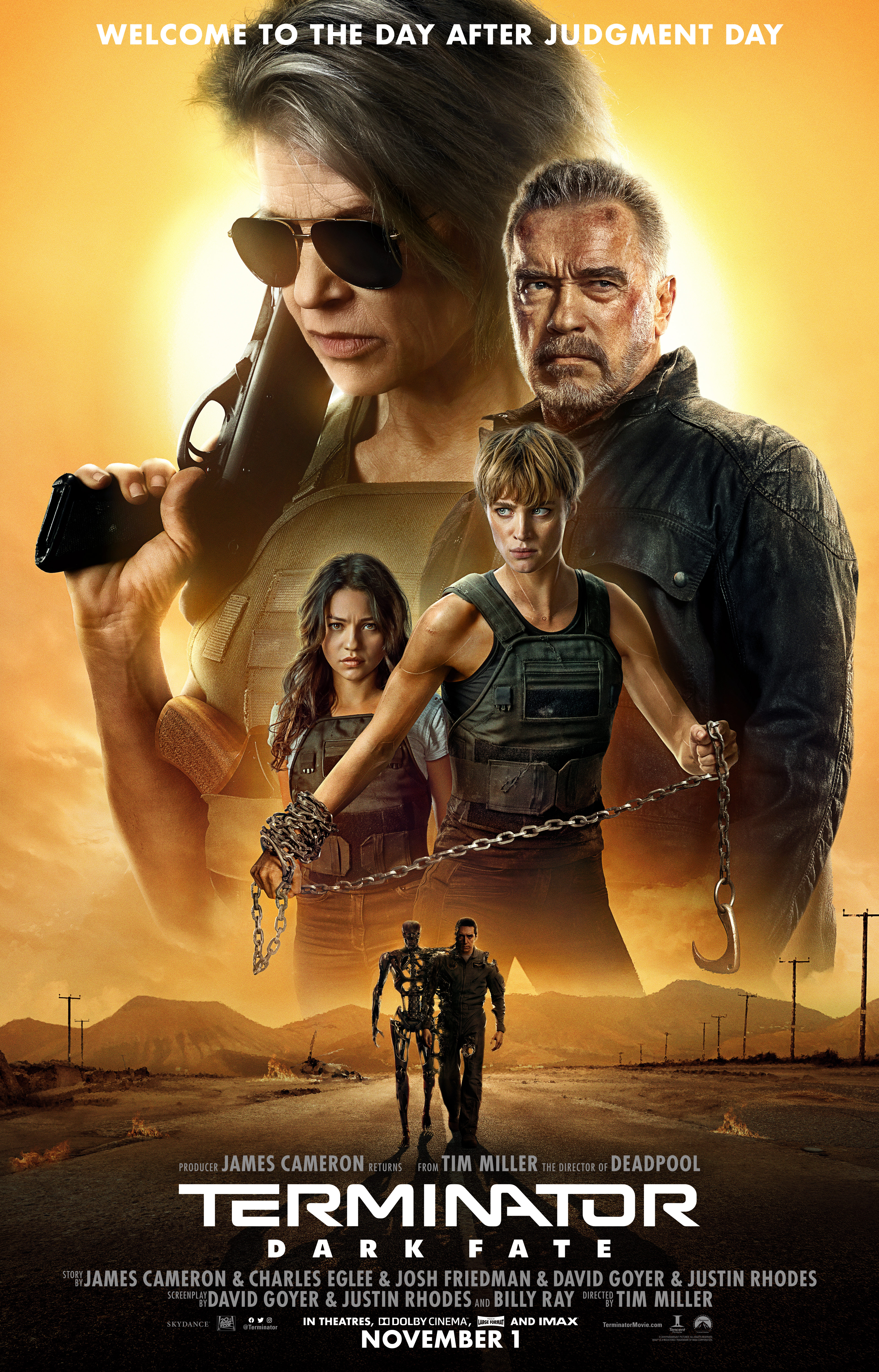 Terminator: Dark Fate is a followup that still works despite its big and stupid exterior. While it arguably plays off as fan service at times, it's cool to see the T-800 and Sarah Connor again. It was just a shame that it couldn't do them justice.

In an age of franchise-correcting reboots, the Terminator franchise is next in line with Terminator: Dark Fate. Essentially erasing the events of Terminator Salvation and Terminator Genesys, this film serves as a direct sequel to Terminator 2: Judgement Day (so you now don’t have to watch those films!). The film arguably takes a few questionable leaps (fan service) in order to facilitate this, however, it still fares better than those two recent Terminator films thanks to a compelling story that rehashes some of the first two Terminator films while acting as fan service for the fans of those films. Ultimately, the film still survives in spite of this and its overwhelming silliness that may be too much for some audiences. Either way, one must strap themselves in and enjoy the ride.

Terminator: Dark Fate yet again sees a Terminator sent from the future to the past to target someone deemed a threat. Dani Ramos (Natalia Reyes) was a seemingly normal young girl from Mexico City who would become the target of an advanced liquefied Terminator model called a Rev-9 (Gabriel Luna) sent by a different artificial intelligence known as Legion. The series in the past has spent a considerable amount of time in the future so this film stayed away from there for the most part which would only be to its own detriment as the lack of development there was by far the weakest part of the film. However, if you don’t think about it too much, it’s easy to forget this in favor of nostalgia, not just because the story is derivative.

Ramos wasn’t alone as a former soldier and now enhanced human named Grace (Davis) was also sent from the future to protect her. Very quickly, it became clear that they were in over their heads but luckily Sarah Connor (Hamilton) was also around. Though it was definitely nice to see Connor back in Terminator: Dark Fate, her role in the story felt a little too contrived. The film attempts to give her a redemption story post-T2, however, it would get lost in the shuffle as she played second fiddle to the main plot which was a shame. Along those lines, the same could be said for the now antique T-800 (Schwarzenegger), or Carl as he was now named. While it was nice to see him as well, his role felt even more contrived.

Without thinking about it too much, Terminator: Dark Fate still manages to be entertaining as it never takes itself too seriously. Though it certainly delivers in the action department, the film’s liberal use of CGI (sometimes in weird places) would temper it. Some may be surprised by how funny it was as well. Meanwhile, despite all the action scene CGI, the film was exciting to watch, including several dynamic set pieces like the Mexico City car chase and air sequences from the trailers. The special effects, specifically the Rev-9’s many liquifications, were good while the robots themselves were not nearly as good.

Terminator: Dark Fate‘s script may be incredibly cheesy (which was part for the course), however, the acting was still decent across the board. Davis and Reyes did their best as Grace and Ramos respectively, with the latter holding her own more often than not, but they could not hold a candle to Hamilton and Schwarzenegger and their imposing collective screen presence as the story was always more engaging whenever each were on screen. Fans of the series will surely find themselves connecting more to their characters and they certainly did not disappoint despite acting as supporting characters.

In the end, Terminator: Dark Fate may not reach the heights of T2 but it still a worthy followup that will satisfy fans of the series.

Netflix's The King - Well, Chalamet Is, The Film Not As Much