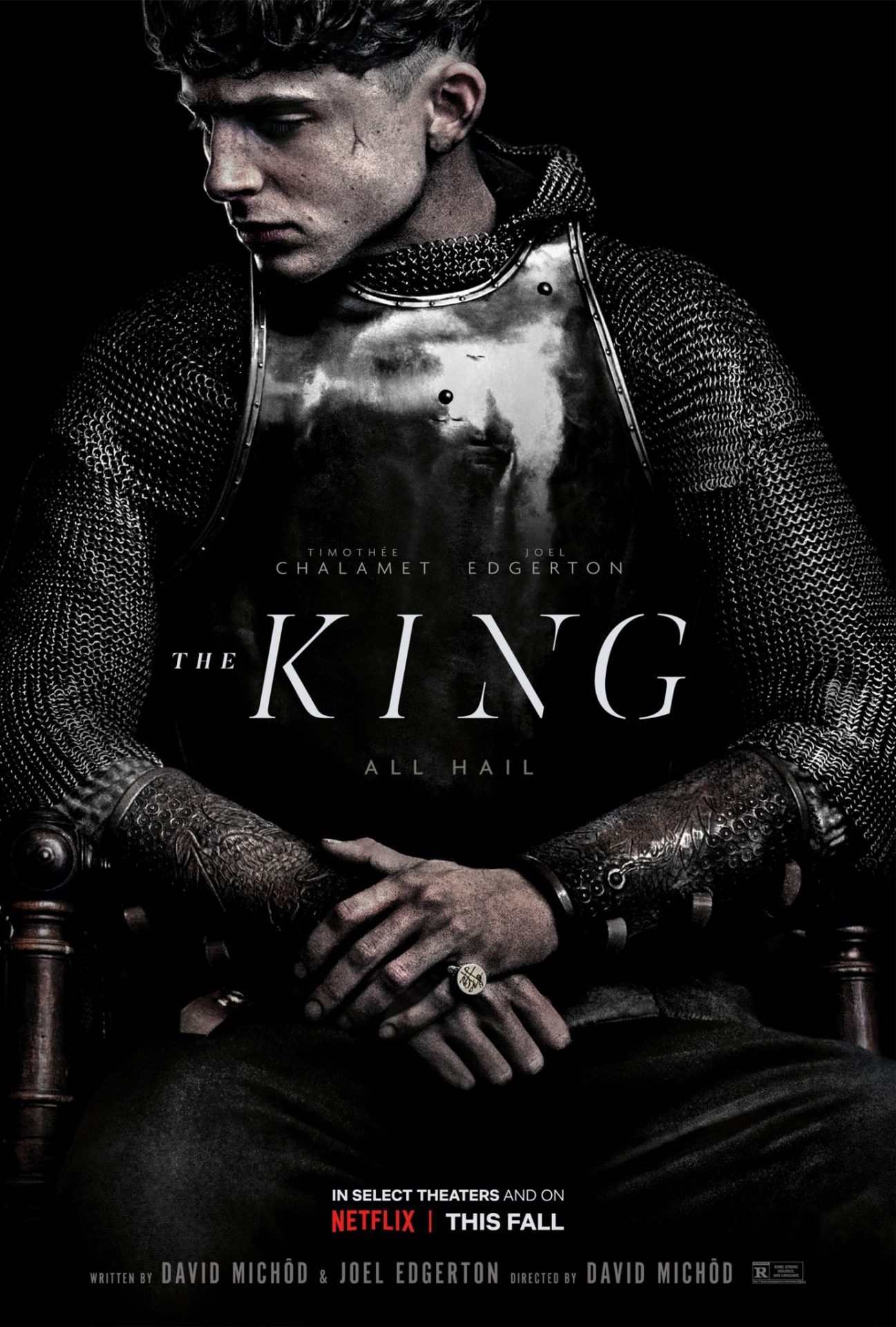 The King is a hodgepodge of good and bad led by a dominating performance from Chalamet, proving that his leading breakout was no fluke.

The historical plays of William Shakespeare have long been the source of stage and screen adaptations. In 2019, David Michôd and Joel Edgerton team up to adapt Henry IV, Parts 1 & 2 and Henry V for the screen in the form of The King. Michôd even managed to corral a large cast of very talented actors to try and make his version of the story into something special. In some ways, he succeeded. In others, not so much.

The King follows Prince Henry (Chalamet), the drunken, carousing eldest son of King Henry IV of England (Mendelsohn). When the king dies of illness around the same time as Prince Henry’s younger brother, the wayward royal ascends the throne. With his new power and authority, Henry V seeks to reinvent his country into a more peaceful society. But, foes from within his own court, as well as the challenge of the upstart French Dauphin (Robert Pattinson) will plague the young king and propel hm onto the biggest political stage of his life.

Let’s get one thing out of the way – stepping into the role of Henry V is a huge undertaking when weighed against cinematic history. Lawrence Olivier received a special Academy Award and a Best Actor nomination for bringing the character to the screen in 1944. Then, Kenneth Branagh earned both Best Director and Best Actor nominations when he adapted the play for his directorial debut 1989. Needless to say, Timothée Chalamet has large shoes to fill with The King.

Thankfully, he handles the task extremely well. In The King, Chalamet plays the drunken and taciturn prince in such a way that you believe his bitterness. But then he morphs adeptly as Henry becomes king. Gone are the vacant eyes and confused countenance of the besotted boy, replaced by the commanding gaze and authoritative demeanor of a leader. And yet, in private there is also a deep vulnerability that Henry only shows to his closest friend and confidant Falstaff (Edgerton), which Chalamet also handles quite well.

A few members of the supporting cast in The King also deserve recognition. The aforementioned Edgerton is excellent in his portrayal of Falstaff, deftly mixing in drunken wryness with a firm layer of worldly wisdom. Mendelsohn is also great in his brief time playing the languid King Henry IV. We see how he is both worthy of respect as a king, but also why the younger Henry despises him so much. Sean Harris also deserves mention playing Chief Justice William Gascoigne, a prominent advisor to the king.

Unfortunately, supporting cast members are also the first area of major difficult that The King faces. Thomasin McKenzie is woefully wasted playing Henry’s sister Phillippa in a couple scenes. She gets almost nothing to do, which is considerably below the great talent she displayed in 2018’s Leave No Trace or even in another 2019 film – Jojo Rabbit. And then there’s Robert Pattinson playing The Dauphin of France. It’s a small role that Pattinson definitely makes his own. However, he does so by adopting an absolutely ridiculous simulation of a French accent reminiscent of the parody French accents in Monty Python and the Holy Grail. To be fair, Pattinson’s performance is good and the accent could be seen by some as utterly hilarious. But, it’s also so weird and distracting that it has to be chalked up as something of a negative.

The other big negatives in The King come down to its pacing and production elements. The film clocks in at two hours and twenty minutes. And good grief does it feel like it. There are periods where the film feels like a massive slog. There are sequences that alleviate the slowness at times. But then it glacially slows back down for a bit before picking up again. Tonally, most of the film is largely bleak to the point of depression, not helped by lighting and cinematography that adds to the gloom. These issues in Michôd and Edgerton’s script begin to pile up until you almost feel beaten into submission by the film, moreso than enjoy it outright.

Unfortunately, The King‘s barely tepid pacing, bleak tint, the wasting of talented actors in bit parts, and the absurdity of Robert Pattinson’s accent drag down what could have been a lofty Shakespearean achievement to be merely an adequate attempt at one of the Bard’s great works.