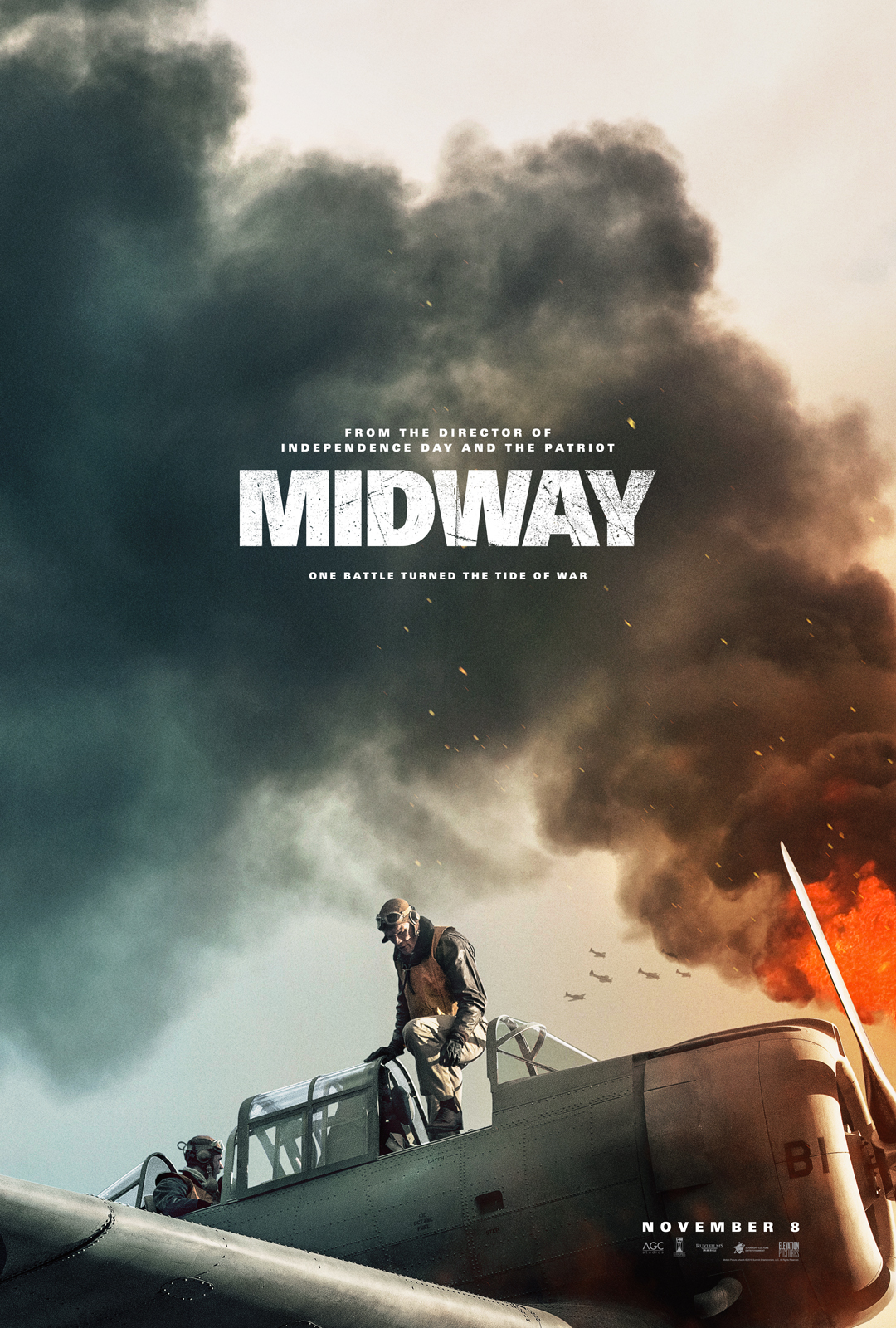 While nowhere near new or groundbreaking, Midway is still an excitingly empty film that works as a nice way to pass the time.

December 7th, 1941. World War II. Pearl Harbor was attacked by surprise by the Japanese, leaving thousands of dead and injured people and the moral of the country, and especially, of the soldiers who survived completely shattered. The attack prompted the U.S. into the war, and they stroke back the Japanese with everything they had. Japan had a large fleet in the Pacific, and the U.S. was aware of their superiority in both technique and armory.

Military intelligence in Pearl Harbor discovered that the Japanese had a new target: The Midway atoll, as the name states, the midway point between the U.S. and Asia. It was a strategic place for the Americans and the Japanese knew that conquering the atoll would weaken their enemy’s defenses. The U.S. also knew that, and still holding a grudge over the massacre in Pearl Harbor, concocts a plan to strike the core of the Japanese force

Midway is a film directed by Roland Emmerich thus it’s safe to go into it without waiting for much depth or a creative script. His films are generally big pieces of entertainment with a surplus of characters and little plot. If one doesn’t mind this fact and adjusts their expectations accordingly and if the film is done with a little bit more care than usual, they can be often be entertaining.

With Midway, Emmerich sticks to his usual here, resulting in one of his best efforts. The story follows more than a dozen of different characters, all involved in the attack on Pearl Harbor and the fight for Midway. One of the most interesting aspects of the film is how it felt reminiscent to old-fashioned war movie like From Here to Eternity and Sands of Iwo Jima. Meanwhile, a film like Dunkirk, set in the same time period, feels much more modern because of Christopher Nolan’s work behind the camera. However, Emmerich chose to go in a different direction with this film in giving it a more classic feel.

It’s impossible to talk about the many character arcs within Midway as the film is not a character driven story but rather one where the characters all served as a means to an end. Though their conflicts were pretty simple, they are all depicted in an honest way. The film also doesn’t shy away from the mistakes perpetrated by the Americans, which was refreshing to see or at least until the point where it becomes cornily patriotic. Where the film truly stands out, of course, was its action scenes. Emmerich, very much a veteran of the genre, managed to carry over some of these moments, providing plenty to be enthusiastic about. While nothing stands out as particularly groundbreaking or inventive about these moments, they were still exciting to watch.

Midway has plenty of melodramatic moments that will make it seem like an older film. For the most part, it was straightforward and done the right way. All the actors across the board managed to deliver honest hardworking performances, from Aaron Eckhart to Darren Criss, Dennis Quaid, Mandy Moore, Nick Jonas, Jake Weber and Luke Evans. The trio of protagonists Skrein, Wilson and Woody Harrelson as Lieutenant Richard ‘Dick’ Best, Edwin Layton, and Admiral Chester Nimitz respectively, all deliver good performances that helped give the story more weight.

In the end, Midway is an okay movie and one that will be more appreciated when going in with low expectations, making it a good piece of entertainment.

Netflix's Living With Yourself Season One Review