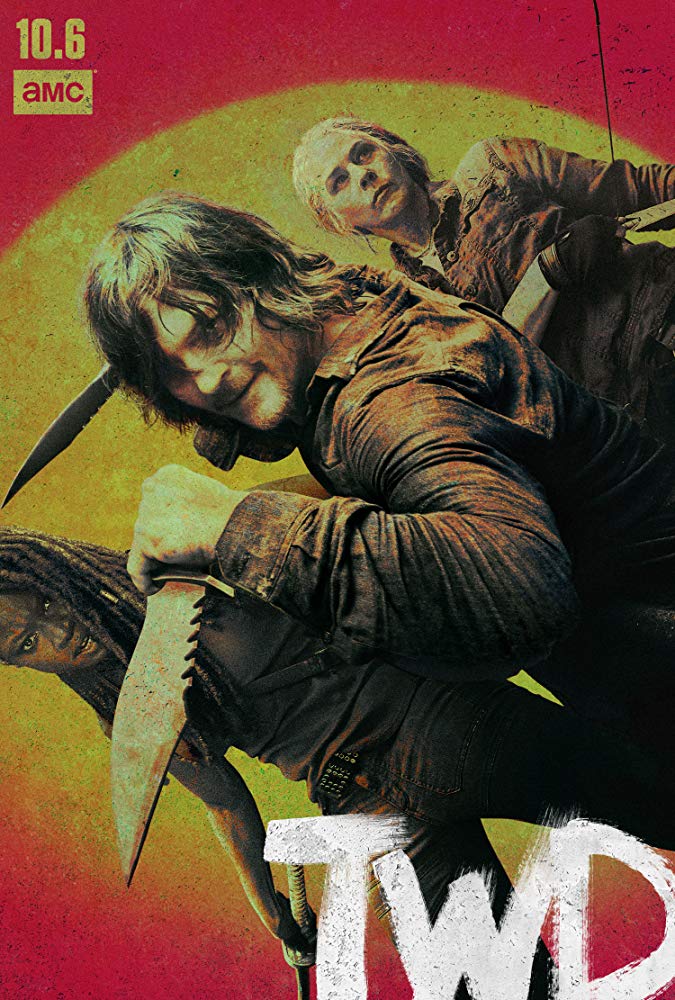 What We Become was a surprisingly great episode of The Walking Dead that gave Danai Gurira and Michonne probably the best sendoff she could get.

Synopsis: Michonne takes Virgil back to his mysterious island to reunite with his family; in exchange, Virgil promises weapons that could change the tide of the Whisperer War. (IMDb)

I’m back after a few episodes off which were nice. I didn’t particularly care for where everything was going but Alpha getting killed by Negan in the last episode was certainly unexpected, perhaps thwarting the gang vs. the whispers inevitable final battle but we all know that Beta will probably become the new Alpha. Meanwhile, who knows how the rest of the season will set up where next season goes since we know there will be a next one. Sigh.

What We Become was a Michonne episode. Remember Michonne? She left with Virgil on a boat in exchange for weapons a long time ago. This episode actually started with a flashback to the moment when Michonne saved Andrea (what now feels like forever ago) where she didn’t save her before finally following up with that and suffice it to say that it wasn’t exactly a straightforward one as there definitely was more going on when it came to Virgil and her quest. While Michonne was obviously in a rush to get back, Virgil certainly had a different idea. Not being the most agile person, he needed her help first to take care of his family (which he lied about) who had since become walkers after accidentally being trapped in a building full of them. From there, Virgil was a man who had clearly lost his mind and had since taken it out on his fellow members of the Navy Research Facility for which the island was.

Virgil’s coworkers were trapped in rooms and he put Michonne in another before drugging her with some psychotropic drug (under the guise of helping her which he believed he was doing, he used them to stay connected with his family) where she was tormented by her past decisions in the form of hallucinations of her former self and an angry Siddiq and was then taken on a trip down an alternate timeline that was hinted at at the beginning of the episode where she didn’t save Andrea to becoming Negan’s right hand woman and swinging Lucille during that fateful moment only to be killed by Rick in the end. Eventually, Michonne would get out of it and then she freed the other scientists who then caught up with Virgil. They may have had enough reason to want him dead, in fact the old Michonne probably would’ve killed him then and there but now she didn’t and convinced the other against doing it themselves. Virgil would end up locked in a room just like the others were.

Michonne and Virgil may have gotten off on the wrong foot but he assured her that the weapons were very real. While looking for them, she found evidence that suggested Rick was on the island or that Virgil had some sort of connection to him (he found them on a boat which allegedly washed up on shore) which set her off though he claimed to not know anything about it. Michonne and the other scientists would get on another boat and leave the island while Virgil stayed to give his family flowers every day like he had promised. She called Judith and RJ on the radio to check in (learning about Alpha’s death) and to tell Judith about her discovery. She thought Michonne should go and find Rick as he may have needed her more. Things got emotional between both of them though unlike other times, this was earned.

The episode ended with Michonne becoming the old Michonne until she killed her walker pets in favor of helping a man and a woman who were stranded by what seemed to be a large group that left them behind.

So that was actually a great episode, although a standalone one, but it certainly is a fluke. Michonne probably got as good of a sendoff as she could have and Danai Gurira definitely gave it her all. The end pretty much sets up the eventual Rick movies but will we even care about those at this point?

Batwoman (1×16) Through the Looking-Glass Review