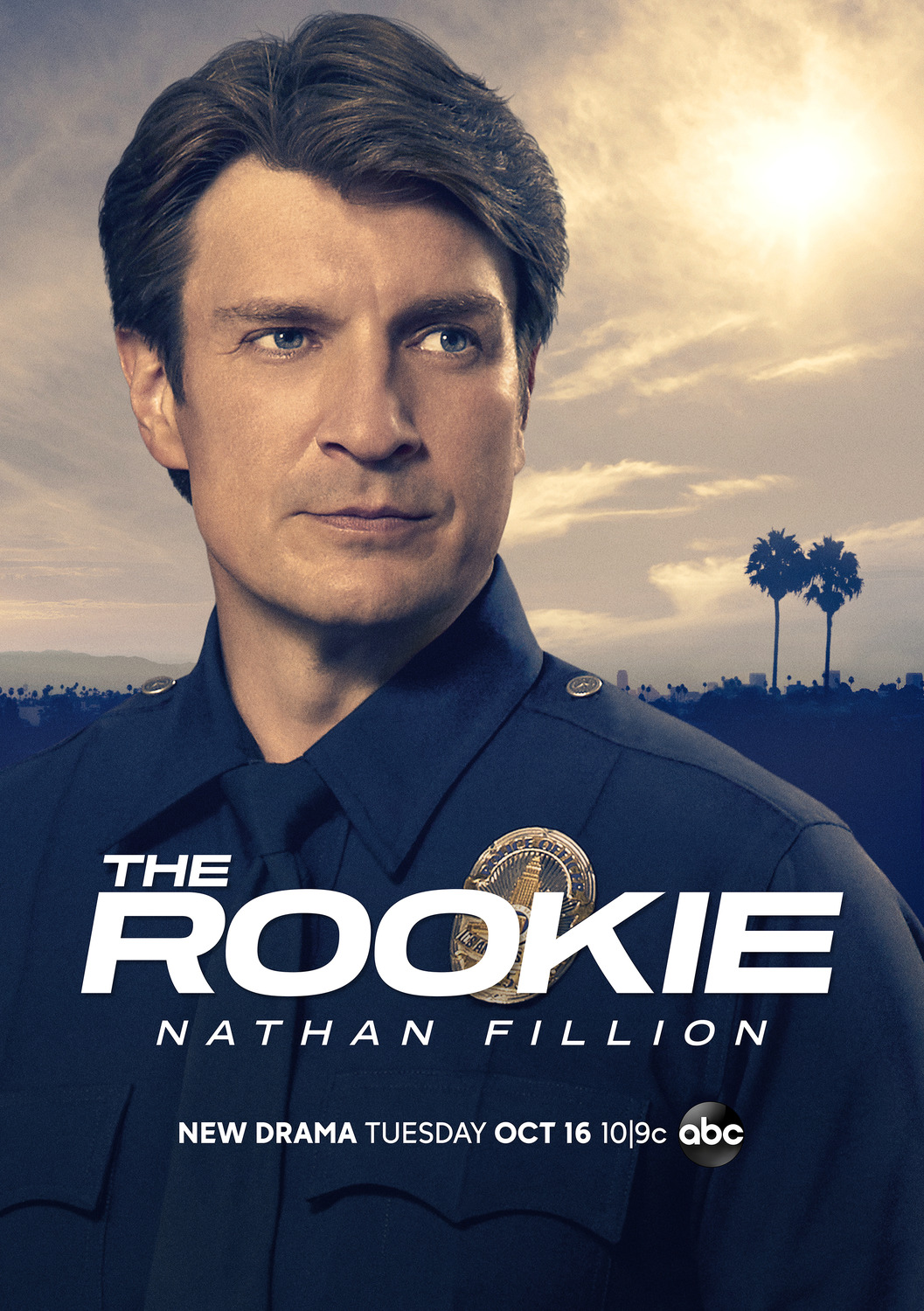 The first season of The Rookie is a lighthearted drama series that works as both a police procedural and serialized series. The storylines, at times, feel unrealistic and throw the worst case scenarios at these inexperienced officers. Thankfully, the charismatic ensemble, occasional comedy, strong performances and  intense atmosphere bring a great and fresh tone to a series residing in an overstuffed genre.

The cop procedural is one of the longest standing genres of TV dramas with its real world, local conflicts and grounded characters. So it can be assumed that sometimes these shows can feel a bit repetitive. Thankfully, The Rookie manages to avoid this pitfall with a refreshing breath for this formula. Before checking out my season review, be sure to read our season one episode reviews here.

The main story of The Rookie season one revolves around the arrival of John Nolan (Nathan Fillion), Lucy Chen (Melissa O’Neil) and Jackson West (Titus Makin) at the Wilshire Division of the LAPD. Under the leadership of Captain Anderson (Mercedes Mason) and Sergeant Grey (Richard T. Jones), they are assigned to the training officers of Talia Bishop (Afton Williamson), Tim Bradford (Eric Winter) and Angela Lopez (Alyssa Diaz). The rookies go through a rigorous first year of calls, near misses and tragedy as they struggle to stay sane through these experiences. The rookies and their TOs not only deal with the stresses of work, but the drama of their personal lives as various relationships blossom and disappear due to the intensity of the job. Everything culminates in the rookies’ end of year exam to determine who made the cut to continue their career in blue.

It begins with a premise that has many of its characters starting from ground zero just like its audience so that we feel like part of their career journey. They are thrown into deep water and expected to swim and that is the catalyst for this show’s tension. While this manages to create an intense atmosphere this becomes both a blessing and a curse.

What is meant by that is that the biggest weakness of this season is seemingly the writing. The weekly storylines seemed unrealistic and over-Hollywoodized to help embellish the dramatic elements. Having rookie officers tackle such high profile cases seemed illogical. However, while the stories puts the series in a corner it manages to also find a way out thanks to the stronger and more important part of the writing, its characters and the comedic elements.

A show’s entertainment hinges on the likability and depth of its main ensemble and this cast delivers a diverse and surprisingly layered group so early into its series. All of the officers are perfect for their respective roles, and while you’d expect Fillion’s charm to carry this series, it is merely a complement to the dynamic of the entire cast. No one cast member stood out because each helped to deliver a strong arc for their character and that helps to elevate the series as a whole.

What did you think of the first season of The Rookie? Let us know in the comments!