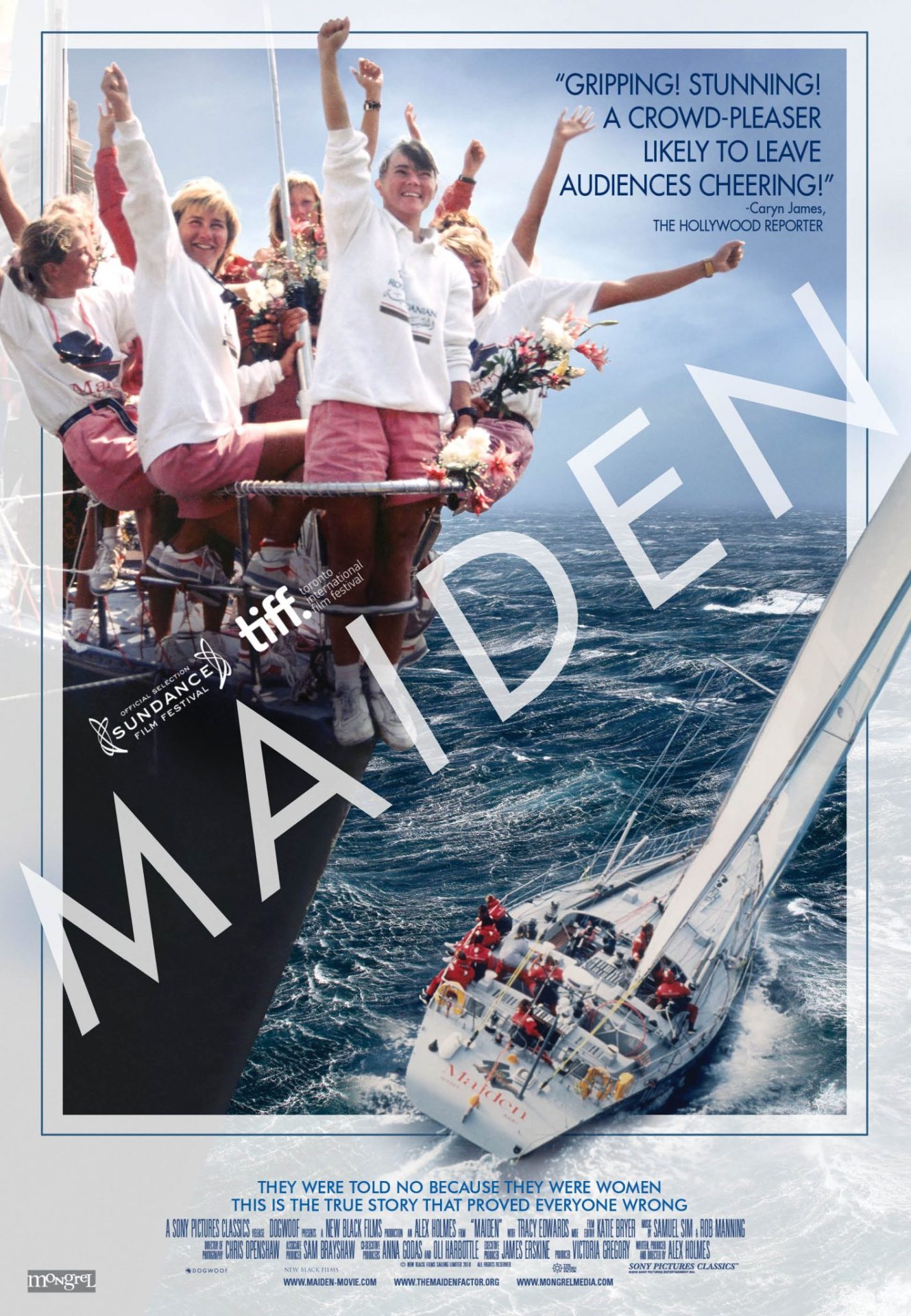 Maiden may be a striking film but is ultimately a documentary without a thesis that would be served as a character study, which would ultimately be its undoing.

There’s a great film somewhere in Maiden, a rousing documentary about Tracy Edwards, the leader of the first all-female sailing crew to enter the Whitbread Round the World Race. More so, there’s a great story at the forefront of Maiden. It’s a solid piece of documentary filmmaking, one that makes you root for Edwards, and a solid look at the stress and sexism she faces, but it also lacks something that is truly drawing. Aside from indicating that sexism is bad (duh), Maiden feels like a thorough but standard work.

The Whitbread Round the World Race (now known as The Ocean Race) is an almost 50 year old ritual of sailing. For the first 16 years of this race, the process and competition only contained men. Cue Tracy Edwards, an uncompromising British sailor who in 1989 decided to take on the boy’s club by launching an all-female crew. Edwards is a motivated and fascinating character, the sort of driven woman that lends herself to sexist claims of unlikability. There is an intense seriousness that radiates off of her, immediately proving that she’s the sort of person who gets stuff done. Maiden starts with Edwards narrating that “the ocean is always trying to kill you”, words that help set the tone pretty nicely.

With a figure as dead set and inspiring as Edwards, it’s a shame that Maiden doesn’t dive into what makes her tick. It’s a film that follows her journey over the course of the race, but it doesn’t do more than summarize that story with great footage. The most striking part of the film is the visual material that is compiled. A mix of news coverage, fantastic super 8-footage, and recent interviews creates a great amount to draw from. The editing is concise, keeping the film entertaining and brief, and providing an “as it happened” narrative. The problem is that there’s an emotional detachment with the audience, as Holmes cannot put us in her shoes or investigate her much.

Edwards is a goldmine of an individual, that much is established from the beginning.  What you soon come to realize is that Maiden is a documentary that should be a character study. Throughout the film, crew members of the Maiden ship recall how awful Edwards could be. Maiden tells us that she was a troubled kid, but we don’t dive into the specifics. The film tells us that her father died at a young age, and how she remembers the events, which is the most drawing and harrowing section of the film. Sadly, it doesn’t investigate the effect on how that shaped who she is now. Edwards still comes across as a very perplexing character in the modern interviews. Why don’t we discuss her?

At the center of Maiden, there’s a few moments that hint at what you would want out of a documentary of this story. A wonderful sequence with an on-boat repair is appropriately tense. Each interview nears some sort of deeper truth. With its expansive and sprawling amount of material, it makes sense that Alex Holmes shaped it down to what came across the best.

With this, Maiden feels as if he ironed out what would make this story so drawing. The personality has to be there at the center of the scope found here, and Edwards is painted in broad strokes with little interrogation. While the footage makes this an easy ride, you can’t help but want more.

Light of My Life - A Lifeless Sci-Fi Family Drama