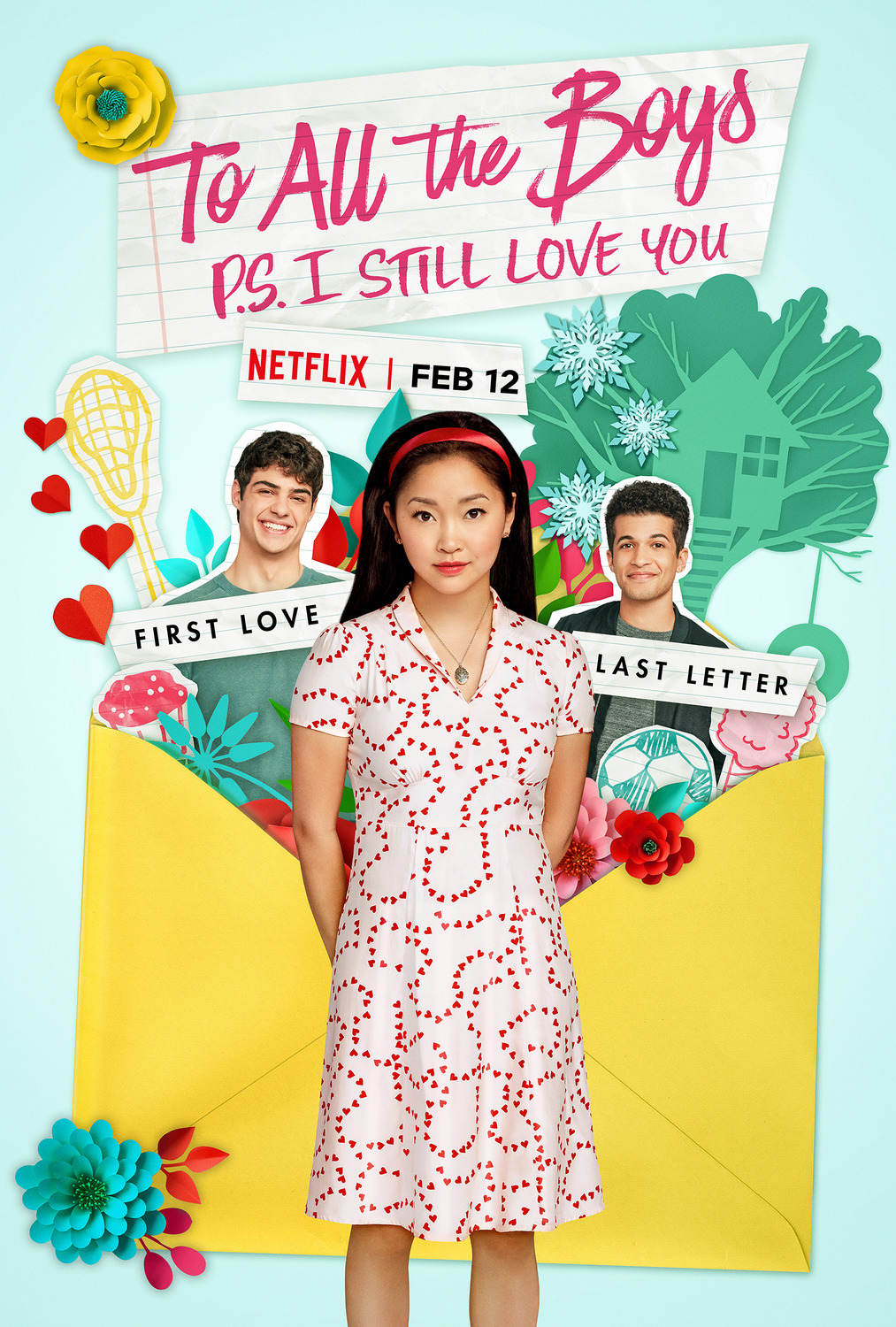 To All the Boys: P.S. I Still Love You may not pack the same punch as the original, but its sweet nature, innocence and earnest love feels more charming than cheesy in a beautifully shot sequel.

To All the Boys: P.S. I Still Love You follows the continuing story of Lara Jean Covey (Condor) who, after faking a relationship with Peter (Centineo), finds herself actually dating the man of her dreams. As she navigates the unknown world of dating and official firsts, things become complicated when her final letter recipient John Ambrose (Jordan Fisher) returns and causes old flames to stir. While Lara Jean struggles with her feelings for two different boys, she finds it harder to trust Peter and his past bringing their relationship to a head. Can this relationship survive its first big hiccup?

To All The Boys I’ve Loved Before burst onto the scene in 2018 as an unforgettable, entertaining straight-to-stream romantic comedy that acted as both a modern love story and love letter to romances of the past. The characters were real, the story was engaging and the stylish cinematography felt a lot different from the typical rom-com. After its success, not many films in this genre made the same impact and while this film certainly doesn’t pack the same charismatic punch, it manages to be a formidable sequel even if it sometimes feels like the middle piece that holds these characters together for a much bigger finale.

The characters find themselves in situations with bigger stakes as their fake relationship because real causing there to be actual feelings and emotions that are attached to their actions. Condor and Centineo have an undeniable and innate chemistry between them, but their characters need a little more than the odd awkward or comic situations that feel too similar to these trope-like situations. John Ambrose is a great addition as the third piece in this love triangle bringing a level of charm and sweetness that rivals the Peter audiences fell for in the first film. He helps both Lara Jean to learn more about herself and for Peter to become a better man and boyfriend acting as the perfect antagonist for both of their personal journeys.

The story doesn’t feel as fresh as before due to its complicated nature and glossed over thematic elements that focus more on the nostalgia and tropes rather than making its own standalone message. However, beyond the story and the character issues, the movie proves to be a unique film watching experience. Director, and cinematographer, Michael Fimognari has developed a great style in his approach to the romantic comedy genre. Whether it is the beautifully crafted over-the-shoulder shots, perfectly centered framing or the countless birds eye view shots, the film looks stunning and almost creates a character out of its atmosphere and framing. It’s quirky, it’s real and it’s relatable.

Stumptown (1x14) Til Dex Do Us Part Review