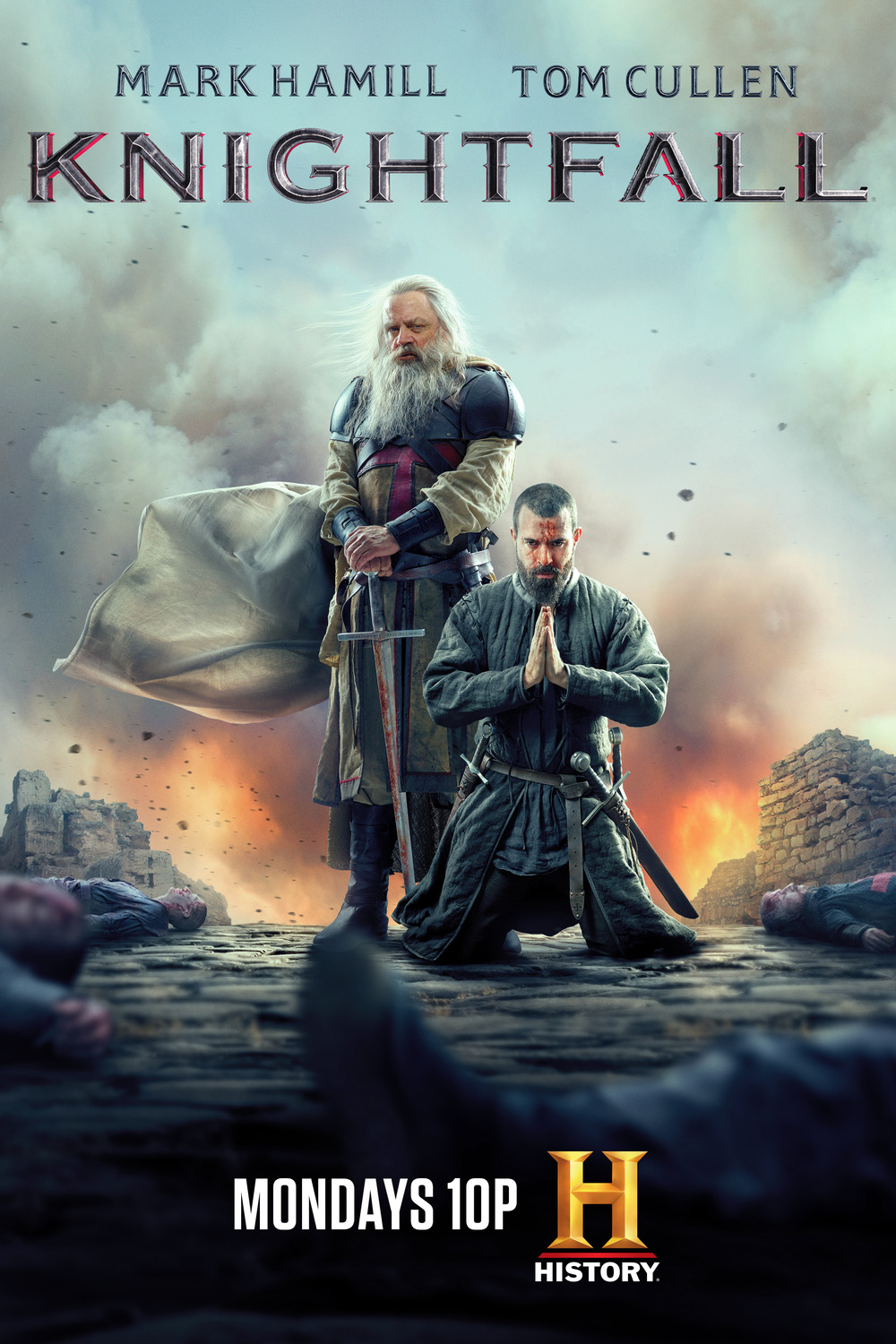 Landry’s redemption story continues forward as his faith is pushed to its absolute limits. The Templars are unaware of the true culprits behind the death of their brothers. However, that doesn’t stop them from taking matters into their own hands. The French court storyline thickens as they try to put the head of the Church and Templars in their back pocket. With these storylines running parallel, but barely crossing over, it is only a matter of time until Church and State are at war once again.

So far Landry’s journey of redemption has caused him more trouble than not as he continues to deal with the aftermath and responsibilities for his actions. This one opens with Landry having a vision of the Chartres Temple as all of his brothers dead bodies lie around him. He comes to in front of a cross and checks his new branded symbol. He is interrupted when the Templars see the body of one of their own Draper (Nasser Memarzia) returned to the gate. Here’s what went down in “Faith.”

Landry believes it is his fault that these Templars died because he was not there with them and blames Talus for this. He later feels the need to purify the bodies of Quentin and Draper while debating what he can do to avenge them. Talus decides it is time for the Templars to strike back and puts this task on the ill-prepared initiates. They start to panic at this decision, but Landry holds strong and follows the orders of Talus.

However, rather than wait for the Order’s instructions, Landry decides to leave during the night alone. He grabs a cache of weapons and says goodbye to Tancrede (Simon Merrells). He arrives at the camp and attacks the Luciferians in their sleep. Unfortunately, they awake and Landry is soon outnumbered and ambushed by the camp. Thankfully, Kelton (Daniel Campbell) saw Landry leave and was able to alert Talus.

As Landry kneels bloodied on the ground and ready to accept his fate, Talus rides in, Gandalf-style, and cuts down the remaining Luciferians. Absolute badass. He approaches Landry and slaps him silly before discussing following orders, death and losing faith. With a heartfelt speech from this new mentor, Landry’s faith is restored and finally the bromance we’ve been waiting for can commence! They return to the Chartres Temple and kneel before the same cross of Jesus as the other Templars join them.

Meanwhile in the French courts, DeNogaret introduces Gawain to King Philip, but he isn’t impressed with the injured ex-Templar. However, Gawain is fixing these impairments by using pig’s blood and an herbalist (Barbora Lukesova) and it looks like there are some positive results. DeNogaret is also tasked with finding a suitable replacement for the Pope and decides that Archbishop Raymond DeGoth (Stephen Fewell), a man of sinful tastes, is the perfect choice for France’s interests.

Prince Louis is excited to introduce his wife Princess Margaret of Burgundy (Clementine Nicholson) to the court. Unfortunately, they are having issues bearing children of their own. This causes King Philip to issue an ultimatum to his son: produce an heir or find a new wife who can. That doesn’t stop Prince Louis from taking out his frustration on the people by killing every child he can get his hands on thanks to his Templar disguise.

What did you think of “Faith”? Let me know in the comments below!