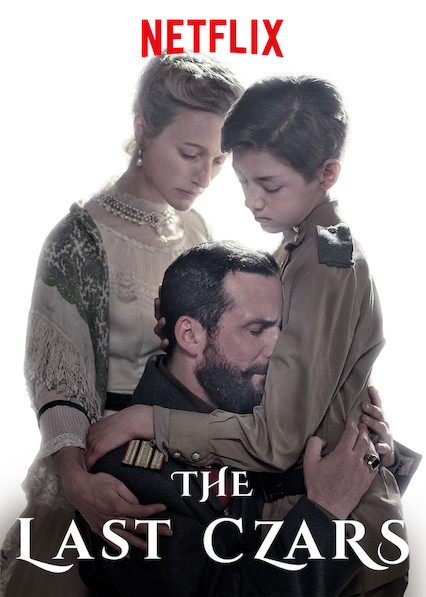 The Last Czars is a captivating series, presenting the perplexing reign of Czar Nicholas II, the downfall of the Romanov family dynasty, and the bloody end of the last true autocracy power in Europe.

The Last Czars follows Grigori Rasputin (Ben Cartwright), a wayward monk with a magnetic personality and sexual appetite, quickly worming his way into the inner sanctum of Russia’s imperial court. Rasputin was particularly in Nicholas’s (Robert jack) wife, Alexandra (Susanna Herbert), the Czarina of Russia, who depended on Rasputin’s miraculous healing ways towards her afflicted son, Alexei (Oskar Mowdy), the heir apparent to the throne.

What would follow was the downfall of the Romanov monarchy showcased by Nicholas’s indecisiveness, Alexandra’s codependency on Rasputin’s word, and Rasputin’s manipulative power-hungry ways that causes the nation of Russia to revolt and to start a revolution to dethrone the Czar’s reign once and for all. Each episode would be framed as the constant examination of the mystery of Anna Anderson (Indre Patkauskaite), a mysterious woman who shows up in Berlin in 1925, believing to be Princess Anastasia, the long-lost daughter to Nicholas II and Alexandra of the Romanov family. But is she?

The Last Czars is steeped in historical references and has an amazing story to tell, pulling viewers in with strange complexity and a sheer unimaginable narrative. From the intercutting of video and pictures from the time period as well as numerous scholars versed in Russia and the Romanov family, this lent credence and a sense of historical accuracy. The overall production value of the series is good despite not rivaling other historical period piece TV dramas.

The problem with The Last Czars was the way in which it was presented. Given the rich story being told and all the machinations and complexities that befall the Romanov family, the tale of the last reigning Czar of Russia is certainly ripe for a dramatized TV series. However, with the project being presented as a hybrid documentary / dramatized TV series, The Last Czars comes up empty handed which was strange because its narrative was quite compelling and could definitely be done in such a dramatic fashion made for a TV series. At the end of the day, those looking for a dramatic period piece like The Crown, The Tudors, or Versailles may be disappointed.

Naturally, the acting was good across the board, with Jack, Herbert, and Cartwright all delivering solid performances. Due to how the series is structured and presented, the problem with their performances was that they could never truly come into their own beyond the dramatic sequences shown. What’s presented is fine, but it would have been nice to see what they could’ve accomplished if the series was presented in a more traditional fashion. The same can be said about much of the series’ supporting performances, which were fine, but they could never come into their own either.

Ultimately, the success of The Last Czars will depend on how a person look at it. As a dramatic period piece, it comes up short and lacks potential despite solid acting across the board. As a historical documentary, it’s truly fantastic and a gripping / riveting tale. Thus, approaching the show depends on how you look at it.