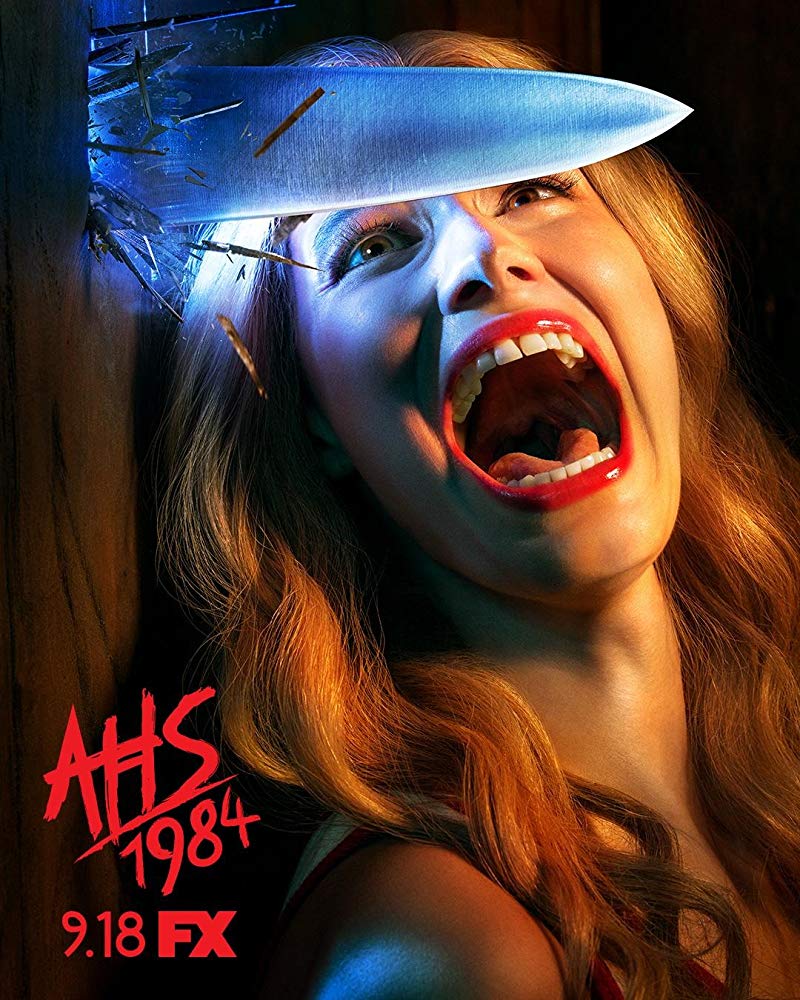 Rest in Pieces gave us a nice reprieve from over-the-top murders and focused instead on where each of the characters were mentally positioned before the finale.

Synopsis: A deadly trio emerges, hell-bent on unleashing a new era at Camp Redwood. Our former counselors desperately try to keep history from repeating itself. (IMDb)

It’s become too convenient to label the back half of this season as “set-up” episodes, however, the penultimate Rest in Pieces was exactly that, providing us with unnecessary exposition about Final Girls, forbidden love between the dead and the living and peace amidst surrounding chaos.

With an apt lesson from Donna about the trope of “Final Girls” in horror movies, Brooke realizes that it’s her calling to be the last one standing in their plan to finally bring Margaret to justice. As they discuss this, Stacey (Stefanie Black), a National Enquirer reporter who is covering the music festival at Camp Redwood, recognizes them and attempts to use her knowledge as leverage to understand what their plan actually is. Wanting to get rid of her, Brooke and Donna agree to take Stacy to Camp Redwood in order to tell their side of the story. Eventually, Stacy gets caught up in the murderous adventures of The Nightstalker who helps her meet her end on the campgrounds.

Not wanting to rest on the laurels of his handiwork with Kajagoogoo, Ramirez continues forth on his quest to make Benjamin suffer even more than he already has with the loss of his mother. This leads him into the path of Bruce (Dylan McDermott), the thumb-less wonder left to die by Brooke and Donna in the last episode. As the Nightstalker’s biggest fan, Bruce convinces Ramirez to bring him along as the protogé that Benjamin never was. It is here where their story interweaves with Margaret Booth’s as she recruits them to aid her in a master plan that will see all of the musical acts expected to play for the festival murdered on the campgrounds thus preserving 80s music forever in order to be monetized for those specific fans that will flock to this site in order to pay respects. Say what you will about the character as a whole but Margaret is extremely business savvy and it’s fun watching her concoct these ridiculous plans that deep down you know people will pay to see (myself included).

As everything begins to ramp up in its intensity just before next week’s finale, the episode manages to find moments of peace and love mixed within its madness. Montana and Trevor engage in some strange but all too familiar ghost coitus only to discuss their future that would involve Trevor giving his life in order to stay with Montana forever as well as preserving the decade that defines him the most – the 1980s. Montana, sensing that she’s opened herself up emotionally too wide, rebuffs this and sends Trevor away very much still alive.

Conversely, Benjamin was able to realize some small form of peace at Camp Redwood as he was finally reunited with his brother Bobby who was joined by his mother who was far happier than last we saw her. The transition from Mr. Jingles to Benjamin has been this season’s greatest strength and looks to continue its momentum into the finale next week. One of the best part of this season has been how they have taken the stereotypical serial killer and methodically broken down the layers that contribute to his mystique to reveal just a man who has been plagued by loss his entire life. There is hope for redemption which he will hopefully achieve compared to the other characters still left alive this season.

Many questions still remain with the perception that we will most likely not be receiving answers for all of them. However, we seem poised to watch the ending of Margaret’s story in what should be dramatic and gruesome. Still, this is American Horror Story and they are notoriously adept at taking the road that leads them to a cliff that they then throw themselves off of tumbling for what seems like ages only to come to a stop and think – this is exactly where it should end up.

The finale has some mounting pressure to produce a memorable finish to what started out as a great season in the making but has slowly backslid into typical AHS plot lines. Here’s hoping we get a good ending.